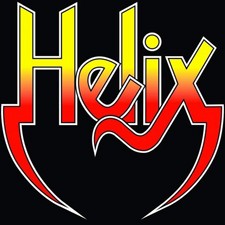 Helix To Release ‘Skin In The Game’ EP Next Month

Next month Canadian rockers Helix will be releasing ‘Skin In The Game’, a new five song EP.

Songs on the disc include “The William Tell Overture”, “Skin In The Game”, “The Bitch Is A Bullet”, “Angelina”, and “Champagne Communist”. The CD is being mixed by Aaron Murray and being mastered at Carvello Mastering in Toronto with artwork once again being done by Babyjack Design, the same people who did the ‘Vagabond Bones’ and ‘Smash Hits Unplugged’ covers.

Says Helix vocalist Brian Vollmer, “This time around we’ll be immediately putting up the songs for digital download. As well, we’ll be initiating a website where fans with a special code (which you will purchase from us) will be able to buy different packages of ring tones, video, band member tips, etc. I’m thinking that this is where we will test market the reality show.”

Earlier this year Vollmer revealed that Danko Jones, Sean Kelly and Brighton Rock’s Gerry McGee were among the musicians that agreed to be interviewed in the band’s upcoming reality show ‘Vegabond Bones’.

More information can be found at www.planethelix.com.