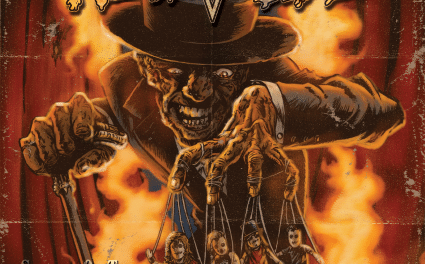 Italian rockers Hell In The Club have released a video for the title track of their new album Shadow Of The Monster, which was released on January 22, 2016. 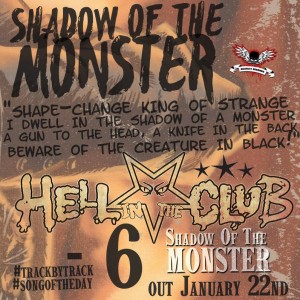 Hell In The Club‘s debut album Let The Games Begin landed at the number eight spot of Sleaze Roxx’s Top 10 Albums of 2011 and thew number 17 spot on the Sleaze Roxx Readers’ Top 20 Albums of 2011. Sleaze Roxx stated about Let The Games Begin: “While Crazy Lixx are arguably the current champions at recreating the huge melodies and harmonies of slick ’80s rock, Hell In The Club are right behind. There is little doubt that this album would have been a chart-topper if it debuted in 1989.”

The group’s sophomore effort Devil On My shoulder landed at the number 14 spot on the Sleaze Roxx Readers’ Top 20 Albums of 2014 and would have likely charted in the Sleaze Roxx’s Top Ten Albums of 2014. Sleaze Roxx stated about Devil On My Shoulder: “Just like Confess, this is another album that I did not get the chance to listen to in 2014 but that I took notice of once I realized that it landed at #14 in the Sleaze Roxx Readers’ Top 20 Albums of 2014. Italian rockers Hell In The Club have already charted in both of Sleaze Roxx’s best of lists in 2011 so it should not be surprising to see them again this time around. Again from re-reading my predecessor Skid’s review of Devil On My Shoulder, I suspect that the album might have well landed in his top 10 records for 2014. Hell In The Club play a catchy brand of melodic hard rock that has certainly resonated with 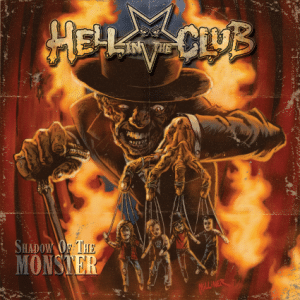