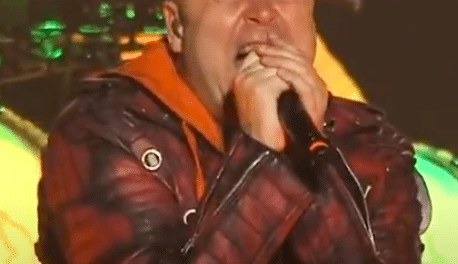 Helloween lead vocalist Michael Kiske was recently interviewed by Jimmy Kay and Alan Dixon for Canada’s The Metal Voice. Kiske was promoting Helloween‘s new self-titled studio album, which was released earlier this month and which reached #1 on the German music charts. 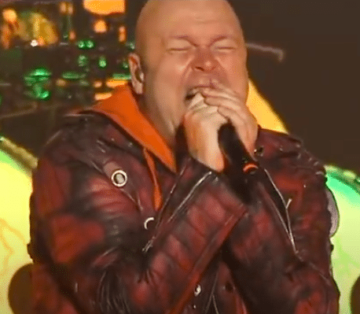 Kiske was asked what led him to say “yes” to reuniting with Helloween to which he replied (as transcribed by The Metal Voice with slight edits):

“There wasn’t one moment with everything but there was one moment that changed my mind, in general. In the 90’s, I would have rejected anything. It didn’t matter how much money you offered me I would not want to do it. I was disappointed about the band, I was disappointed about the scene and pretty much on a crusade to be honest with you. And it was good for me, it was a good time. It was important. It shaped  my personality and I didn’t want to miss it.

My kind of opening up to this type of music started with Avantasia I think at the end of the 90’s. He [Tobias Sammet] really talked me into it. I didn’t want to do it at first but I liked him right away and he convinced me to do it and I enjoyed it. Then later on Serafino [Perugino of Frontiers Music Srl record label owner] showed up and offered me a deal for my solo stuff and then came Place Vendome, which was great and I really enjoyed it and it was getting me into that direction a lot. Then though that [Place Vendome], I got in touch with Dennis Ward and Kosta Zafiriou a few years later and was offered the idea of making a real band [Unisonic] cause they were both getting nowhere with Pink Cream 69. Then on the first tour, I did with Avantasia, Kai Hansen was part of it, so I was on stage with Kai again and there was this old familiar way, this chemistry going on and we started talking, “we should do something together” but I didn’t want to join Gamma Ray. It’s not my cup of tea, so he joined Unisonic. So that was another step.

Around the same time, I got pissed about a quote Andi Deris [Helloween singer] said in an interview saying he is sure that in 2000 something, that I would be part of the team again [Helloween] and we were going to make a big tour. I was like what is he talking about? But it shows you how long they [Helloween] planned that. Andi and Kai Hansen were like the driving force behind it. In 2013, I was on a tour with Avantasia in Europe and I ran into Michael Weikath [Helloween guitarist] backstage and he stood in front of me and said “What have I done that you can’t forgive me for?” You can’t be more straightforward. I was holding my breath and I noticed there was no anger anymore. In my soul, something had changed probably by getting older. That was the game changer when it comes to realizing that something had changed. Then like a year later, we played three shows in Spain with Unisonic. Great shows! The band was getting in shape and after one of those shows, Kai Hansen looked at me and said, “You know what Michael? We just got to do something with Helloween once more before it’s too late.” And that is when I said, “You know what? I’m open”.”

In terms of his next solo album, Kiske advised: “I have all the material, it’s going to be 50-50 a few of my own songs all just acoustic but I will also record my favorite songs (covers), non metal tunes, it’s stuff from various bands that I do my own take on. Some from the 70’s, songs that I love and I can sing them in an interesting way. It’s going to be very simple acoustic everything recorded here in my place. I want to take the time but they want to release it when we start the tour [Helloween] next year which is planned March, April, May 2022. It’s going to be released next year for sure.”

You can read other excerpts from the interview with Michael Kiske at The Metal Voice‘s website and/or listen to the interview below: