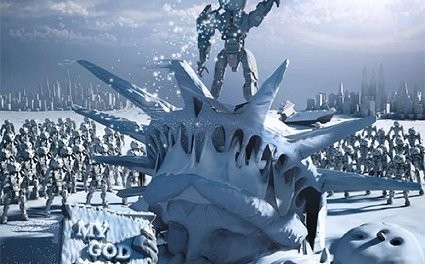 German heavy metal veterans, Helloween, have released a video for the song “Lost In America” from their latest studio album My God-Given Right, which was released back in late May of this year. 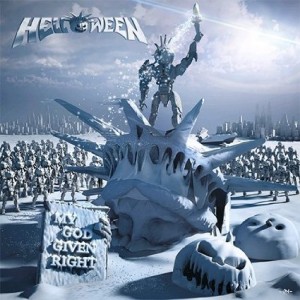 Sleaze Roxx stated in its review of My God-Given Right: “Helloween have not reinvented the wheel with the songs on My God-Given Right. All of the things that they are known for are there including [Andi] Deris‘ story telling singing at times (check out the verses of “Heroes” and “My God-Given Right”), the amazing guitar melodies and that Helloween “sound” which is tough to describe. If you like Helloween, odds are very good that you will like the first five tracks “Heroes”, “Battle’s Won”, “My God-Given Right”, “Stay Crazy” (complete with “Oooh oooh oooh oooh” sing along portions) and “Lost In America” because those songs are like a best of regarding everything that the group is known for. The beginning portion of “Stay Crazy” reminds me of Iron Maiden circa early 90s but aside from that it is classic Helloween.” Sleaze Roxx concluded in its review: “Overall, Helloween have once again delivered a strong record filled with the great melodies that you would expect from them. Although most of the tracks range from good to very good on My God-Given Right, there are no standout tracks that will likely make their way onto the band’s live set for years to come.”

Clip for ‘LOST IN AMERICA’, taken from Helloween’s fifteenth studio album, ‘My God-Given Right,’ out worldwide via Nuclear Blast Records. In Stores: http://b…