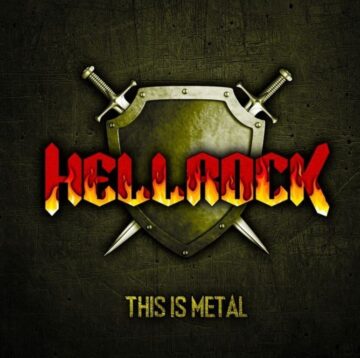 Hellrock‘s “Biography” on their website indicates (with slight edits):

“After a first experience with the Jane Dark group, it was in 2012 that the Hellrock adventure began under the leadership of Rémi Bonin near Toulouse. Start from scratch to create a project whose musical DNA would be exclusively good old 80’s-inspired hard rock / heavy metal! Pascal Renaudat, also at Jane Dark, follows him in this idea.

Pascal has an impressive stock of songs from his years of musical solitude. His know-how is based on the practice of several instruments, bass, drums, piano and guitar, his favorite instrument. Rémi guides the choices and size in the material to adjust, refine and arrange the compositions. The duo get along wonderfully and do their utmost to compose. Quickly a batch of titles is born, the recording sessions can begin.

The duo then shut themselves up in the “In Nomine Metal” studio, a studio built by Rémi a few years earlier and thus began recording work spread over a year. But you have to find the rest of the group quickly. After two failed attempts with local singers, a call for tenders was made in France but also abroad. Patrick Van Maurik (Montany, Reviver) responds favorably, but it will be electro-shock during the viewing of the clip “Children of Hate” by Heavylution (Saint Etienne), which motivates Rémi to contact Paul Eyssette… who responds favorably despite the distance . 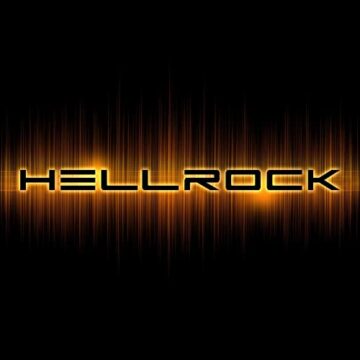 Paul‘s lyrics arrive over time and he exudes an incredible talent! For lack of time, Paul will not make up all the titles, never mind, Patrick Van Maurik who had appreciated the project, offers his song on two titles (among the most melodic). The equation is perfect for Hellrock!

In December 2018, Thomas, a soldier in the Air Force, organized the filming of the “This is Metal” clip on the “Ailes Anciens” site in Toulouse. This clip will be the group’s media gateway. Shortly after, Dimitri takes his bow for lack of time, and he can no longer invest. Rémi contacts an old acquaintance, David Lienard (ex-Rave-Age) who replaces Dimitri on short notice.

The whole process is spread over six years! Everyone is very busy with their family and professional life. Paul changes jobs and starts his family. Rémi writes, records his solos and mixes the 11 tracks. Rémi and Pascal use this time to refine the album, to finally offer it in 2019.

A singular album of 11 burns, including eight interpreted by the French maestro Paul Eyssette and two by the excellent Dutch professional Patrick Van Maurik! Only 100 copies will be produced in self-production, and quickly sold out.

Today thanks to Steel Shark Records, this album will have a second chance to seduce fans of very good traditional heavy metal all over the world.

New artwork, new arrangement of the titles and a vinyl version deliberately more focused on heavy metal and therefore more dynamic and incisive, with eight titles instead of the 11 of the CD version!

Hellrock is ready for a new adventure with you!”

Hellrock‘s “This Is Metal” video: