Hell’s Addiction release video for new song “What You Gonna Do?”

U.K. rockers Hell’s Addiction have released a video for their new song “What You Gonna Do?” from their new album Broken, which was released today via TBFM Records. 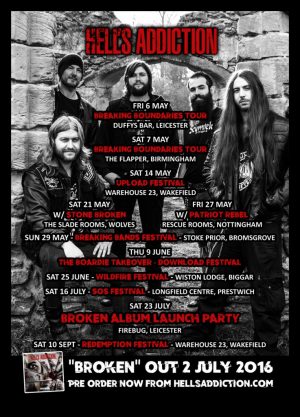 Hell’s Addiction‘s bio on their Facebook page states in part (with slight edits):

The band came together in 2010 in Leicester, born of a mutual passion for the hard-hitting rock of the great 70s and 80s bands.

Building on the band’s powerhouse live performances and loyal fanbase, Hell’s Addiction self-released two killer singles: ‘Alcohol’ and ‘Let The Good Times Roll’. These tracks, along with their respective YouTube videos, generated a huge amount of interest in the band and several offers from record labels. In 2012, the band signed to EIA Records.

The album ‘Raise Your Glass‘ was mastered by Pete Maher (U2, Killers, Jack White), and released in February 2013. Hell’s Addiction‘s hard-hitting approach to the classic rock sound went down a storm, gathering great reviews from both sides of the Atlantic.” 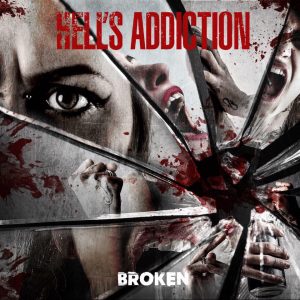 Hell’s Addiction‘s “What You Gonna Do?” video:

Hell’s Addiction – What You Gonna Do?

Heres The Brand New Video From Hell’s Addiction For The 1st Single Of Their Latest EP And Off Their Eagerly Awaited 2nd Album Coming This Winter!This Video W…