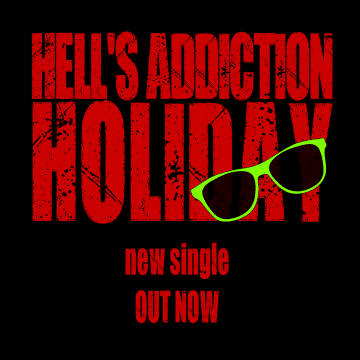 U.K. hard rockers Hell’s Addiction have released a video for their song “Holiday” which features family photos and memories submitted by their fans.

“Hell’s Addiction pounce with a mighty salute to the good times only a colossal injection of rock n roll can bring.

Based out of Leicester, UK, the mutual passion for the hardest-hitting rock bands cements the foundation upon which a truly kick ass rock band have risen.”