Sleaze Roxx may recognize the names of Biliana and Marina Grozdonova who followed Chicago based rockers Hessler for a number of years to come up with their documentary The Last Kamikazis Of Heavy Metal. 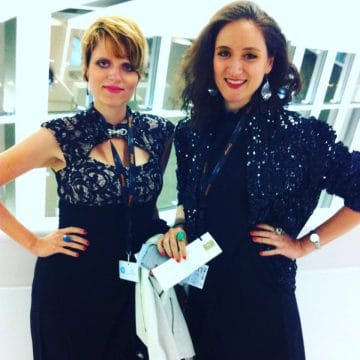 The Grozdonova sisters have continued with their filmmaking career and in September 2017, their company El Jinete Films launched the documentary Golden Tracks: Music Aboard The Voyager. For the documentary, El Jinete Films is seeking musicians worldwide who are interested in covering the songs and participating in our documentary. Of relevance to Sleaze Roxx readers is that El Jinete Films is searching for an American rock band or musician to perform “Johnny B. Goode.” Ideally, the song inspired the artist or the artist has some connection to St. Louis or Chicago, where the song was recorded. El Jinete Films isa also seeking a U.K. heavy metal band willing to venture into an interpretation of “The Fairie Round.”

El Jinete Films‘ press release states: “The inception of Voyager’s Golden Record was at the crossroads of science and culture, and so is this series. In September 2017, El Jinete Films launched production for Golden Tracks: Music Aboard The Voyager. Created by Biliana and Marina Grozdanova, this documentary series will follow each of the 27 tracks of music that were selected for the Golden Record, launched aboard NASA’s Voyager Spacecraft 1 and 2 in 1977. 40 years later, back here on Earth, the series will explore the musical cultures belonging to these 27 songs. Created for both the music lover and the science fan, each episode will showcase how crucial it is to preserve our planet’s culture, identifying current global issues that are affecting the places where the Golden Record’s music comes from, and how important it is to invest in space exploration today as a means of preserving our culture beyond Planet Earth.” 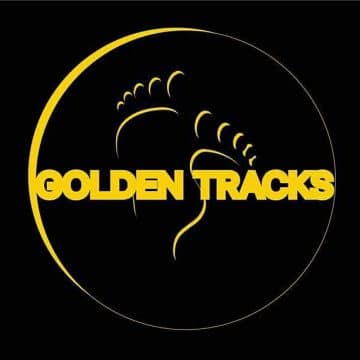 Sleaze Roxx stated the following in its review pertaining to El Jinete Films‘ documentary The Last Kamikazis Of Heavy Metal about Hessler: “The documentary is well done in that you can understand where each musician is coming from and is cleverly crafted in that the personalities (or at least what they want the audience to see) of the five key Hessler members are well developed on screen and the viewer ends up feeling like he “knows” the band without having actually met them.

With five distinct personalities, a viewer can likely relate to at least one of the band members personality wise. You have the ultra driven, very committed and sometimes egocentric [Igz] Kincaid pushing the Hessler machine as hard as he can no matter what and according to his own vision. You have drummer Marcus Lee, who is really the only band member on screen willing to challenge or criticize Kincaid‘s almost dictator like ruling of the Hessler juggernaut. You have lead singer Lariyah Daniels, the sometimes naive blond bombshell model, getting frustrated with the journey for the band to get to the next level. You have long-time bassist Eric Michael quietly contemplating why certain Kincaid-made rules do not appear to be followed. Finally, you have happy go lucky guitarist Frankie Snakes Sripada, who simply appears to be going with the flow and not letting anything really bother him.

Quite simply, The Last Kamikazis Of Heavy Metal is very well done and there is a reason why it has screened at festivals all over the world, even winning some film related awards. If anything, the documentary provides some insight into how difficult it must be to have five bandmates all on the same page for such a long period of time — and it also leaves the group open to scrutiny on all of their various line-up changes.”

El Jinete Films have also started a Kickstarter campaign for their documentary Golden Tracks: Music Aboard The Voyager. and can be reached at eljinetefilms@gmail.com.