The following message was posted on Hessler‘s Facebook page yesterday: 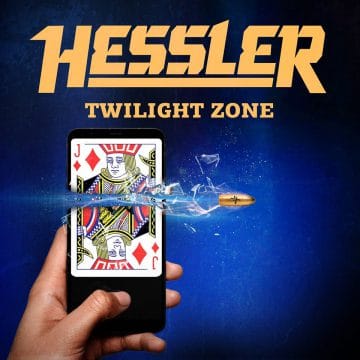 “NEW Song Alert. We’ve played many covers live over they years, it was a real pleasure to cover this #Goldenearring gem”

In response to someone’s question about upcoming tour plans from the aforementioned Facebook post, Hessler advised as follows: “…. thanks man – none as of now – we’ve been deep in recording for hopefully a full length to release in the spring.”

Aside from releasing a number of singles, Hessler last released the EP Skeleton Crew in mid-November 2016 to which Sleaze Roxx stated in its review:

“I will say that having Kincaid as the new singer feels more natural than the two previous female singers because to me, Kincaid has always been the face and leader of the band and it has always felt weird having him kind of take second fiddle to whichever singer Hessler had at the time. It’s kind of like Black Sabbath in the years without Ozzy Osbourne or Ronnie James Dio. Tony Iommi was clearly the face of the band yet you might have had Tony Martin addressing the crowd at concerts. It just did not feel quite right. With Kincaid taking over the singing while continuing his guitar duties, Hessler now have the quintessential frontman in terms of presence and recognizability. So the big question for me with respect to the aptly named Skeleton Crew (given that Hessler only now has two official members in Kincaid and Michael) was whether Kincaid could pull off the lead vocal duties and how would the band sound in the process? I should also mention that Michael has taken, in my eyes, a bigger role in Hessler. Not only has he switched from bass to guitar (and proven himself to be a very good guitarist) but when I think of Hessler, I now think of both Kincaid and Michael, which I think is important for the band going forward.

The one good thing about Hessler is that the songwriting music wise has always been top notch in what they are trying to convey. The old school heavy metal and melodies that you can hear on their past albums have always been very good. Given that I understand that Kincaid was the primary songwriter in the band, that aspect is still there and frankly you can hear it right away when listening to Skeleton Crew. Obviously, the perhaps new tandem writing unit of Kincaid and Michael has worked out very well because the music itself on Skeleton Crew has all the trademarks of what I would expect from Hessler — an old school heavy metal sound filled with killer guitar melodies and riffs.”

Would you like to know more? @ www.hesslerchicago.comSpotify @ spotify:album:6WJFkXng8uQZI6u7n5iGUCTwilight Zone (Golden Earring Cover)Written by: George Koo…