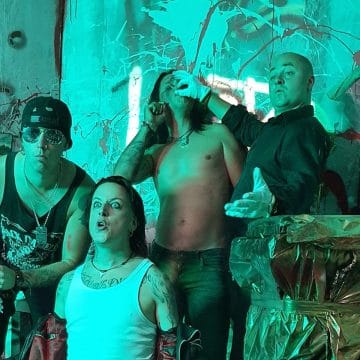 Swedish rockers Highride have released a video for their single “Red Light Rambler.” The group will be one of the two official support bands (along with The Cruel Intentions) for the one and only Crashdïet whose Idiots On Tour throughout Europe starts at the Bastard Club in Osnabrück, Germany on October 2, 2019.

“Highride formed in 2006 as a noisy punk rock band in the dirty suburbs of Stockholm, Sweden. Two years of songwriting and sweating in tiny rehersal rooms led to the band’s live debut in 2008 and the early years was all about building a fanbase, performing live anywhere they could. With numerous shows behind them (sharing stage with bands such as Hardcore Superstar and Crashdïet) and with a unique blend of punk, sleaze and hard rock – Highride has without a doubt managed to put their name on the international rock ‘n’ roll map.”