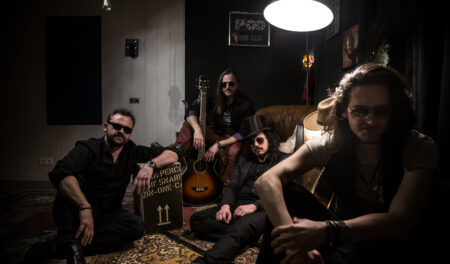 French rockers HighWay consisting of lead vocalist Ben, drummer Romain, guitarist Ben and bassist Sam have unveiled a video for their new single “Like A Rockstar” from their upcoming new album, which will be released via Rock City Music Label on December 2, 2022. 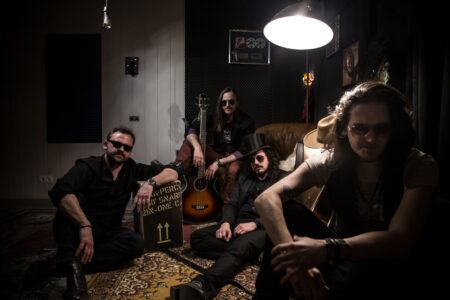 HighWay’s press release indicates: “”HIGHWAY“…or four guys who sold their soul to Rock’n’Roll to make you sing, dance and headbang! Deriving from their influences of AC/DC, KISS, Whitesnake, Guns ‘N’ Roses or Aerosmith, the band delivers up the goods on four albums (available worldwide).

With more than 400 gigs under their belt and sharing the main European stages with bands like Michael Schenker Group, Gotthard, Jeff Scott Soto, Crucified Barbara, Nashville Pussy, Kissin’ Dynamite, Electric Mary and more, France’s Hard Rocking stars on the rise are highly motivated to make 2022 the year they welcome everyone to their ‘United States of Rock ‘N’ Roll’! 2022 will be another turning point with two new records!

The first one as an amazing “Unplugged” record reminding the golden age of MTV unplugged albums… A real auditory and cinematic journey, in time and space! They worked again with the famous French producer Brett Caldas-Lima (known for his
works for Ayreon, Devin Townsend, Megadeth…) in order to create a real sound identity for these jewels of Acoustic Hard-Rock! And the second one planned for 2023 will sound like a powerful, furious and melodic Hard-Rockin’ record…as only HighWay can do! HighWay is definitively back in the game!

Let the boys take you for a rockin’ ride and get ready for a giant dose of fun, Rock ‘N’ Roll and amazing live performance!”