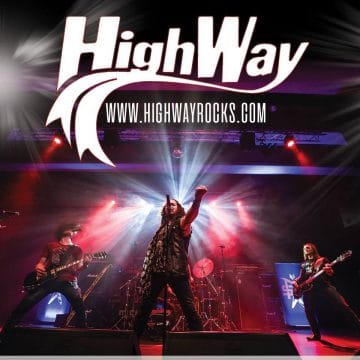 “”HighWay“…four French guys who sold their soul to Rock’n’Roll demons to make you sing, dance and headbang!

Taking from their influences of AC/DC, KISS, Whitesnake, Guns ‘N’ Roses and Aerosmith, the band delivers up the goods on four albums.

With more than 300 gigs under their belt and having shared main European stages with bands like Michael Schenker Group, Gotthard, Jeff Scott Soto, Crucified Barbara, Nashville Pussy or Kissin’ Dynamite, France’s hard rocking stars on the rise are highly motivated to make 2017 the year they welcome everyone to their ‘United States of Rock ‘N’ Roll’!

Their fourth album simply called “IV” will be released in autumn 2017 and it’, by far, the most powerful and devastating of the crew!

The band worked with famous French sound-engineer Brett Caldas-Lima (known for his work with Ayreon, Devin Townsend, Megadeth…) to create a wall of sound and a real sonor identity. It’s heavy, it’s groovy, it’s sexy and melodic…everything Rock Music is about! 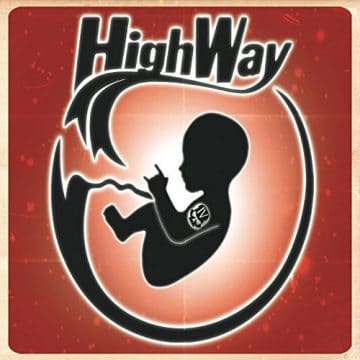 Let the boys take you for a rockin’ ride and get ready for a giant dose of fun, Rock ‘N’ Roll and amazing live performance!”