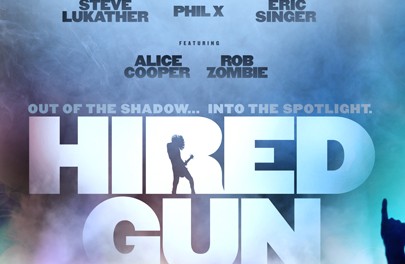 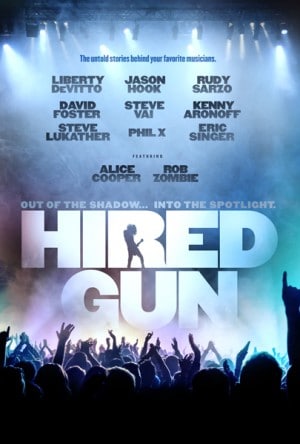 In the trailer for the documentary Hired Gun (see below), none other than Alice Cooper is seen at the beginning stating, “I mean, everybody in my band is an A-list player. I just don’t have time for B-list guys.”

The synopsis for Hired Gun on its website states: “This feature length one-off documentary introduces the prolific musicians who are virtually unknown to the public. Billy Joel, Ozzy Osbourne, P!NK and Metallica are synonymous with their own artistry and success, but who is responsible for their instrumental solos? Who tours with them live? It is the consummate side players who kill it show after show, often playing circles around the actual band members. In “Hired Gun,” viewers learn the firsthand stories from individuals who have mastered their craft and perform on the world’s biggest stages. This film details the highs and lows of touring life, the demands of hectic session schedules, and the dedication required to make dreams a reality.”

Five Finger Death Punch‘s Jason Hook describes the “hired gun” in the trailer for the movie as follows: “Hired is… he’s like the best of the best. Everybody knows that this guy is an [inaudible]. Nobody will know who he is but he gets the gig because he’s the best available musician that gets hired to go on tour to deliver that music for that artist.”

Sarzo is seen in the trailer stating [about going on after Randy Rhoads‘ death]: “It was an emotional challenge for all of us to get up on that stage, you know, and it was the same production, same clothes, same intro of Randy playing “Diary Of A Madman” right before we went on, you know. The only reason why I left the band was because it was incredibly painful — beyond words — to continue to carry on, to be on that same stage where Randy should be but he wasn’t there anymore.”

We’ve all heard them perform at concerts and on countless recordings. Millions have watched and listened to them play the music of the famous stars who hire …