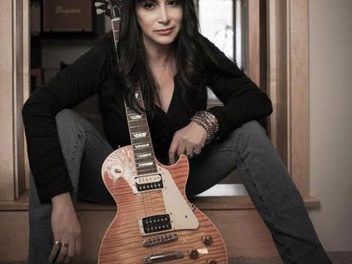 Songwriter Holly Knight was recently interviewed by Rock Pages Gr and revealed some of her involvement with respect to KISS‘ songs and albums. 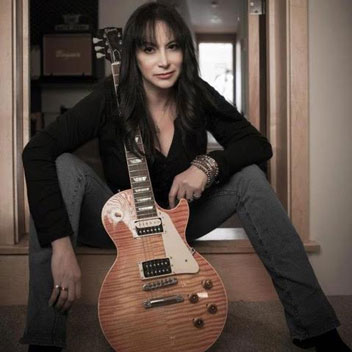 Knight revealed to Rock Pages Gr how she ended up playing keyboards on KISS‘ 1980 album Unmasked when she stated:

“I had met all the KISS members individually…most likely, I’d met Paul  [Stanley] before at a rehearsal place or something. We’d run into each other in the [Bill] Aucoin office, Rock Steady Productions. By that time, I had already met Gene [Simmons] who had asked me to play on some demos of songs that he had written. Again…talking about serendipity…I was in the lounge of the Aucoin Office waiting for this gentleman that I was dating and Gene came out. He said: “hey, you play keyboards, right?”. I went: “Yes…”. Gene asked me if I wanted to come inside to play on a song that they were doing. I tried to play it cool and I said “sure, why not?” (laughs). That’s pretty much how that happened.”

Knight was asked whether she signed a contract not to reveal her involvement with Unmasked to which she replied: “You know…I don’t remember that but I am pretty sure they did. I wouldn’t have said anything, either way. Now I can tell all about it…there are so many years later…who cares! Come to think about it, after that I became a famous songwriter so it was good for them to have me on one of their records (laughs). Now that we talk about all that stuff…I wanted to have proof that I had played on “Unmasked”…they sent me of course checks and record awards which was sufficient proof, I guess…but I Xeroxed the checks they gave me. I still have them!”

In terms of whether Simmons made a pass for her, Knight advised: “He gave up pretty quickly but I never took him seriously because after I didn’t pay much attention to him, he turned around and flirted with another girl. And that was a minute later! I was kinda laughing at the whole thing. Gene has a certain way though…he grabs you by the hand and stares deeply into your eyes and says to you: “why don’t we know each other?” (laughs).”

In terms of her involvement writing the KISS‘ classic song “Hide Your Heart” along with Stanley and Desmond Child from 1989’s Hot In The Shade album, Knight stated: “Well, that’s a funny story. Paul came over to my house one day…to my studio…and said: “let’s write something”. We put a tape on and I had this melody on my mind…(ed.note: Holly starts singing the famous melody of the chorus of “Hide Your Heart”). So, what do you think? Does that count as a contribution to the song?… So, he takes the tape and we didn’t talk for a while. Then one day, he calls me and he said that he wrote a song with Desmond called “Hide Your Heart” that had the melody that I had written. He asked me if I wanted a credit… (laughs) Are you kidding me? Of course, I wanted a credit!”

You can read the rest of the interview with Knight at Rock Pages Gr.

From The Album “Hot in The Shade“