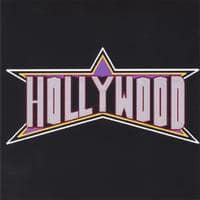 Hollywood Streaming “Here’s Lookin’ At You” On Sleaze Roxx

South Carolina rockers Hollywood have teamed up with Sleaze Roxx to bring you the song “Here’s Lookin’ At You”. The single has been lent to a SLR Records compilation album that is set for a spring 2012 release and has been chosen to appear on the ‘Texas Chainsaw 3D’ movie soundtrack.

This year could potentially be a break-out one for Hollywood. The arrangement with SLR Records will grant Hollywood steady radio play for “Here’s Lookin’ At You” in all major markets. If their sound sticks, it might just be that elusive big break that most bands constantly seek.

The deal came around when producer David LaSalle Gabriel discovered the group on MySpace. Gabriel signed them for the compilation through his maverick SLR Records, with distribution through Warner/Electra/Atlantic Records.Since signing, Hollywood has been gearing up to hit plenty of local bars as well as throughout the region. Gabriel has plans to service their first single at over 400 college stations nationwide with an eye toward P1/P2 active rock radio airplay in early 2012.