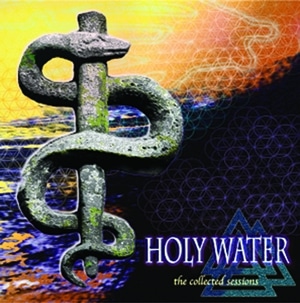 Recently remastered by Patrick Klein (The Lizards) and packaged by Cosmocto, THE COLLECTED SESSIONS is a never-before-released CD chronicling HOLY WATER’s mercurial career. The nine-song disc opens with The Green Machine Sessions, a stellar, three-song set featuring the brilliantly crafted AOR-ready single “I’m Not Worried Anymore.” Produced in the early Nineties by former Foreigner keyboardist Al Greenwood, these three songs have been ranked among the classics of melodic rock by industry insiders.

Also featured on THE COLLECTED SESSIONS is the original demo of “If I Knew Then…” Recorded in 1989 at NYC’s infamous Studio 1212, this is the gem that caught Greenwood’s attention, prompting him to become intimately involved in the band’s development. Greenwood would go on to not only produce and shop the band, but also play keyboards and co-write. True connoisseurs of AOR rock will relish David Knight’s stellar vocal performance on this track as they would other classic singers of the genre, such as Lou Gramm and John Waite.

THE COLLECTED SESSIONS also features demos from The Grand Slam Sessions and The Mask Sessions as well as two newly recorded songs, dubbed THe Perris Sessions. Joining Knight, Jude and Villano on this session is drummer Bobby Marks, who recently filled in for Mick Brown on Dokken’s summer tour, and keyboardist Jay Davidson, famous in the rock world for his work with Cinderella.

Listening to HOLY WATER’s music one can hear a maturity evidenced only in the truly great artisans of rock.