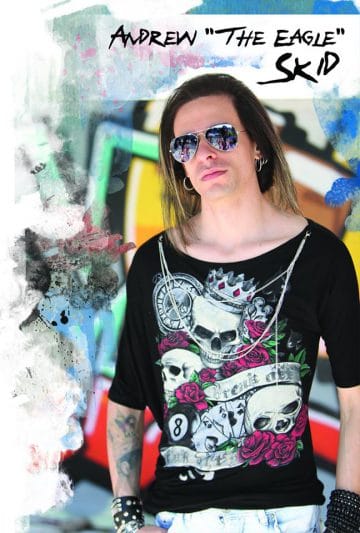 Italian sleaze rockers HoneyBombs have announced that they will have a new line-up in 2019 consisting of Andrew “The Eagle” Skid on lead vocals, and Alex Rotten on guitar and screaming vocals, along with new members Simon Lane on lead guitar, Mishman on drums and Luke Vanilla on bass. The group released the album Wet Girls And Other Funny Tales in 2017 with the following members: Skid on lead vocals, Rotten on guitar and screaming vocals, Helias Marson on lead guitars and backing vocals, Steelblade on bass and backing vocals, and Fabulous Fab on drums.

Sleaze Roxx stated the following in its review of HoneyBombs‘ album Wet Girls And Other Funny Tales:

“Radical shit! That is definitely what I thought when I first heard HoneyBombs‘ opening track “Radical Shit” from their debut album Wet Girls And Other Funny Tales. When HoneyBombs‘ CD arrived at the Sleaze Roxx headquarters, the album cover immediately caught my attention. It was not because I was attracted by the obese woman on the front cover but rather due to the band presenting something different and kind of nasty / provoking in a different way. In addition, clearly this was a band that was not taking itself too seriously a la Steel Panther. I quickly flipped the CD case to see what the band members looked like and was relieved that the HoneyBombs members looked like sleaze rock type individuals.”

Sleaze Roxx concluded in its review: “Overall, I have been very impressed with HoneyBombs‘ debut album. Writing killer songs is an art, not a science, and it seems that HoneyBombs are on their way to perfecting the art of writing great songs. If you like Steel Panther with a more modern twist and sleazier feel, you’re likely going to love HoneyBombs.” 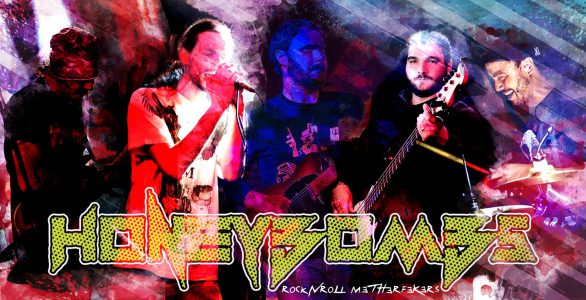