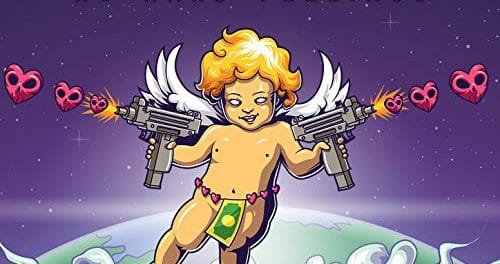 This is probably a first for Sleaze Roxx but we have a song from a group based in Hong Kong. Bamboo Star have released a video for their song “It’s Just Business” from their debut EP No Hard Feelings. 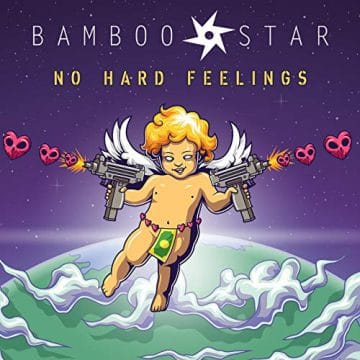 “Bamboo Star are every bit as interesting and culturally unique as their hometown of Hong Kong. Like their fast-paced city, Bamboo Star’s music, recorded with LA-based producer Bob Marlette (Black Sabbath, Airbourne, Shinedown), is high-energy. The band makes their entry into the US market with their dazzling EP “No Hard Feelings”. The EP was pre-launched into college radio in November 2018 and has hit #8 on the NACC Heavy Top 30 as of the first week of December 2018.

The name Bamboo Star is an English play-on-words for an old Cantonese slang for a person caught between Chinese and Western cultures. The band says, “Our music is for anyone who has ever felt like they fit in everywhere and nowhere.” Rock music, in their estimation, has been the voice of the disenfranchised and will bring people together.

Created by Australian Wolf Red (front man and vocalist) and Canadian Terence Ng (lead guitarist), who came together with Hong Kong locals Jasmine Wong (bassist) and Lawrence Wong (drummer) in Hong Kong, Bamboo Star are making some of the most captivating rock music out of Asia.

The lead single “It’s Just Business” reached #11 on the NACC Heavy Top 30 chart for six (6) consecutive weeks, and reached #43 on the Metal Contraband chart for one week. The song hit #1 on three stations: The Foundry, WXIN and KFUN. WSOU kept the track in daily rotation close to two months, WXCS moved the song into their daily top 200 show and The Foundry kept “It’s Just Business” at #1 for a month.

“It’s Just Business” was written about corruption and greed and ultimately how tyranny enables it. Wolf Red says, “At the same time, we often enable the very tyrants who oppress us.” The music video for “It’s Just Business” is a claymation story about tyrants and their war against truth, played out by satirically cute clay creatures inspired by human body parts.

The band is one of Hong Kong’s most active band in terms of touring, and has performed in Hong Kong, Japan, Taiwan, Singapore, Malaysia, Thailand, China and Canada.

Bamboo Star’s new EP “No Hard Feelings” was released on December 12, 2018 by Vertusent Music Group and distributed by The Orchard.”

Bamboo Star has made a claymation video for their single “It’s Just Business” which they recorded with producer Bob Marlette (Black Sabbath, Airbourne, Shine…