Hookers & Blow featuring Guns N’ Roses keyboardist Dizzy Reed (who also assumes vocal duties) and Quiet Riot and Beautiful Creatures guitarist Alex Grossi have announced a number of upcoming shows and will be joined by bassist Todd Kerns for some of those dates. 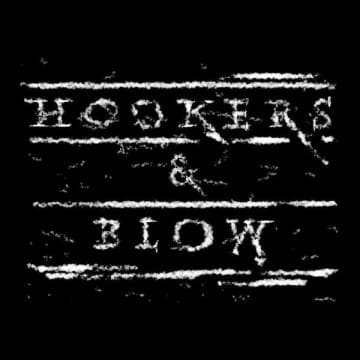 The band is also please to welcome bassist/vocalist Todd Kerns of Slash feat. Myles Kennedy & The Conspirators & Age Of Electric to the fold for the upcoming December dates, rounding out the 2017 line-up is drummer Johnny Kelly (Type O Negative, Danzig).

Sleaze Roxx stated the following in its review of Hookers & Blow‘s concert in Toronto, Ontario, Canada back in January 2015: “My one knock on Hookers & Blow was that their setlist seemed a bit short, with only eleven songs being played. From checking other shows on their latest East Coast tour, it appears that this is about the number of songs they usually deliver. I would have liked to hear a few more Guns N’ Roses classics, given that I was enjoying Hookers & Blow‘s performance so much. Just like opener Second Pass, every song played by Hookers & Blow was a good one. Sometimes you go to a concert with low expectations, and this was the case for me heading to the venue, but I ended up leaving elated — thinking what a great show I had just witnessed. If I ever get the chance to see Hookers & Blow perform again, I will definitely grab that opportunity!”