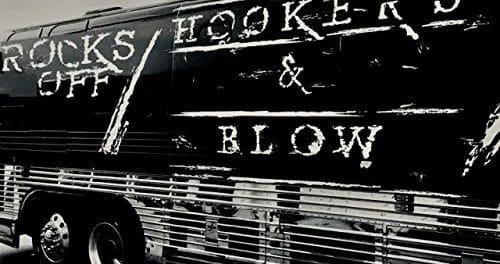 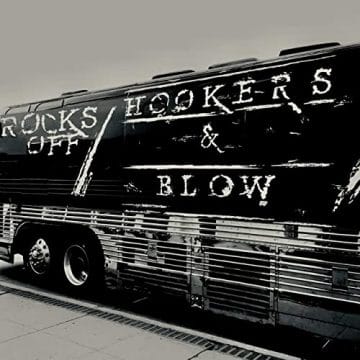 “With their latest single, HOOKERS & BLOW bust out an energetic and rambunctious version of the Rolling Stones classic ‘Rocks Off’ from the iconic double album Exile On Main Street. Dizzy states:” If I had to pick one song to cover from the Stones, ‘Rocks Off’ would be it. Enjoy!””

The group’s “Biography” on its Facebook page indicates in part (with slight edits):

“We have been asked for years about putting out an actual recording since we started this thing in 2003,” says Grossi. “It never really made sense until now, as we have actually found the perfect record label in Golden Robot Records that actually gets “it” as far as what Hookers & Blow is all about.”

Mark Alexander-Erber, Golden Robot Entertainment Group founder and president comments “Having worked with Dizzy already on his debut solo album and also working with Alex with his new project, I felt the synergy immediately with H&B, its all about great rock n roll and killer night out, it almost harks back to the energy and times on the sunset strip in the mid 80s. It’s that cool, so how could we not be involved! The best part for me was how much Alex and Dizzy dig this band and how much energy and passion they put into it, I am very excited for their debut album full of classics, this one is going to be a lot fun and real pleasure to be involved with.””