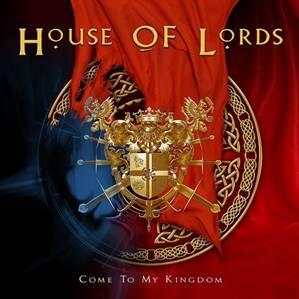 HOUSE OF LORDS ANNOUNCE “COME TO MY KINGDOM” DETAILS:

Frontiers Records is excited to announce all details surrounding the forthcoming HOUSE OF LORDS album “Come To My Kingdom” to be released on March 14th 2008.

With the help of the “Fifth Lord” Jeff Kent plus Tommy Denander and Chris Pelcer, the band’s songwriting talents of James Christian, BJ Zampa and Jimi Bell have been flourishing to reach some of the highest levels in the band’s career ever.

Written during the summer 2007, the album was recorded in the fall and mixed by Dennis Ward in November / December. The result is truly outstanding. From the signature intro of “Purgatorio Overtoure n.2” to the epic atmospheres of the title track through to soaring melodic numbers like “I Need To Fly” to the in-your-face attack of “One Foot in the Dark” and to the baroque ballad “Another Day From Heaven”, this record has truly everything the fans may want to ask to James Christian and his cohorts.

“Come to My Kingdom” will include the following songs: (click links for sound samples)
Purgatorio Overtoure n.2
Come To My Kingdom
I Need To Fly
I Don’t Wanna Wait All Night
Another Day From Heaven
In A Perfect World
The Dream
One Foot In The Dark
Your Every Move
I Believe
One Touch
Even Love Can Save Us
In The Light
Another Day From Heaven (Acoustic Version)*
* Exclusive Bonus Track for Europe

House of Lords are already planning live appearances in the spring / summer 2008 with the plan to storm the European audiences. The band was also already confirmed for the ROCKLAHOMA festival 2008. Prepare to “Come to My Kingdom” to be released on Frontiers Records on March 14 with a release in Japan scheduled on King Records. Dates will be posted at the Frontiers Records website as well as www.jameschristianmusic.com