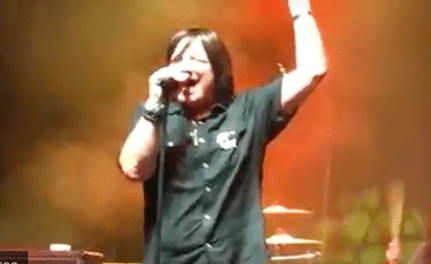 Sad but apparently true. Metal Sludge principal and Tuff singer Stevie Rachelle attended the ’80s In The Park Festival at Cocoa Beach, Florida, USA from February 15 to 18, 2018 both as a performer and a vendor.

Rachelle recently posted a concert review entitled “The Good, The Great and The Lip Synchers“ on Metal Sludge which outlines what he discovered during House Of Lords‘ closing main stage performance at ’80s In The Park.

The following is an excerpt from Rachelle‘s concert review on Metal Sludge: 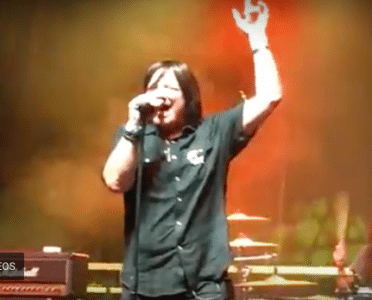 “House Of Lords took the stage as the final main stage act of the weekend and wow did they sound amazing.

So good, one would think they were playing to a tape.

Which sadly appeared to be the case according to some fans in the crowd.

Not just because it sounded like such, it’s because their soundman admitted it.

Editors Note: I walked up to the soundman and told (asked) him straight away: “Hey man, the singer is singing to a tape isn’t he?”

At this point the guy seems stunned that I am in his face – politely I might add – and telling him my thoughts. Lol.

Soundman nervously replies: “Well it is piped in, but he’s live too” with a dumbfounded look on his face.

He could have told ne to fuck off and I would have walked away, but his face was priceless that I called him on it as he was mixing their “live” tape to live drums and amps.

Plenty of bands use background vocals, or some keys to avoid that extra cost of the 5th member, extra room, etc., but the lead vocals?

One word comes to mind, LAME!

Check out live videos from all bands below, via youtube, by the same videographer.

There are certain things that happen when a singer sings live including; breathing, wind, mic movement and more.

Then watch James Christian of House Of Lords and make up your own mind.”

You can read the rest of Rachelle‘s concert review at Metal Sludge.