House Of Lords have released the first video for the song “Harlequin” from their forthcoming eleventh studio album Saint Of The Lost Souls, which will be released via Frontiers Music Srl on March 24, 2017. The group previously released the song

Wikipedia states the following in part about House Of Lords‘ beginnings (with slight edits): “House of Lords was formed in 1987 by former Angel member and keyboardist Gregg Giuffria after his solo project Giuffria. After listening to demos – originally intended for Giuffria‘s third record – a record deal with Gene Simmons‘ company Simmons Records was agreed upon, on two conditions that the band’s name be changed (to House of Lords) and a new lead singer recruited (firing David Glen Eisley in the process). James Christian thus replaced Eisley, after Christian was suggested by ex-Giuffria and Quiet Riot bassist Chuck Wright, after having worked together in L.A. Rocks. House of Lords‘ eponymous debut was released in 1988, featuring a heavier sound than 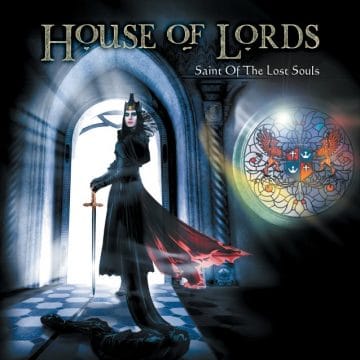 Giuffria with a lower keyboard mix. The album received critical acclaim and the band toured with Cheap Trick, Ozzy Osbourne and the Scorpions in 1989.”