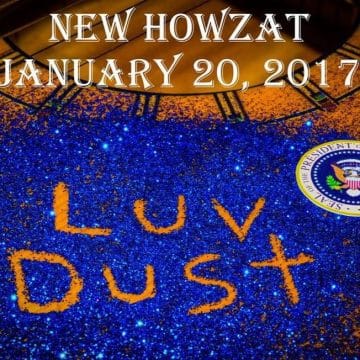 Canadian rockers Howzat have released a video for their song “Luv Dust.”

Howzat’s Bio on their website states (with slight edits):

“Out of the Forest city, London, Ontario,,, Howzat, a 4 piece high energy rock act released the debut single and video “Storm” in Sept 2015 and since then haven’t stopped!! Their single “Storm” has been getting rave reviews across Ontario and tons of air play on college radio throughout Canada all setting up there EP release in 2016, released on Ariella Records, Canada, called, ‘Rough Cutz‘ .

Howzat released their first single and video of 2017 in January titled “Luv Dust”, the first single off of their next studio project, where the guys will be releasing a new single every couple of months. Recorded and produced by Juno award winner Siegfried Meier at Beach Road Studios. Big things are on the horizon for this Canadian rock act!!! Be Sure to follow all things Howzat!!!!”

Official video of the song ” House of Love”, by Howzat, off there 2016 released EP ” Rough Cutz” www.howzatrocks.com https://itunes.apple.com/ca/album…