Sleaze Roxx is sad to report that it appears that Huntress singer Jill Janus has passed away. The cause of her death is unknown at this time but there are some suggestions it might have been by suicide.

The news appears to have first been made public by Janus‘ long-time friend and pre-Huntress and former bandmate Casey Wood who posted as follows on Facebook earlier today: 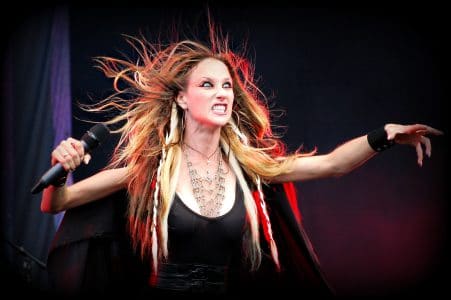 “I’m in shock and can’t stop crying. My X best friend, singer has left the world. She was the biggest sweetheart and I hope that her Legacy lives on as it should! You were supposed to be on your way back here Jill Janus. I love you I miss you, and my door is still open for you always. Rest in peace my sister”

Wood had apparently spent time with Janus in the last few days and also posted the following Facebook comment today:

“…. stayed in my spare room past few days, she obviously had an agenda. I can’t even begin to tell you how sad I am right now.”

“Very sad news… Just talked to my drummer Casey Wood who informed me that our singer Jill Janus has passed away.

Janus reportedly played in Vexy Strut with Wood and Jetson between 2003 to 2006.

Wikipedia states the following about Huntress (with slight edits):

“Huntress is an American heavy metal band. It was founded in the underground of Highland Park, California when lead vocalist Jill Janus moved to Los Angeles where she met an underground metal band called ‘Professor‘ in 2009. Huntress was signed by Napalm Records in November 2011. A debut EP Off with Her Head was released in 2010. On December 27, 2011, they released their first single, “Eight of Swords”, to promote their debut album, Spell Eater. 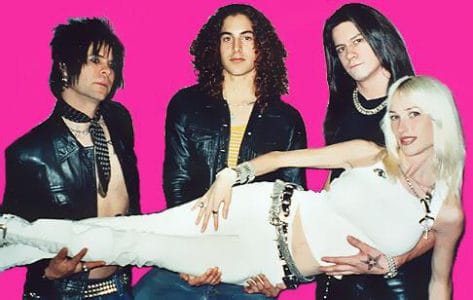 Huntress released the album Static back in September 2015.

Janus‘ mental struggles were covered by Psychology Today who reported in part back in September 2015:

“Jill Janus is perhaps best known as the incendiary lead singer of the progressive thrash metal group Huntress. For years, Huntress, which Janus describes as an “occult” band, has combined its intense sound with themes of fantasy to convey the band’s message.

All the while, however, Janus was confronting the all-too-real experience of not only mental illness, in the form of bipolar disorder, schizophrenia, dissociative identity disorder and alcoholism, but also physical illness in the form of cancer.

She has bravely chosen to share her story and message that one can recover from illness, and have a “new beginning.”

Janus has received several diagnoses over the years. The first she recalls was bipolar disorder. Bipolar disorder is a mood disorder characterized by a persistently elevated or irritated mood that lasts for at least a week. Many people with bipolar disorder describe the experience as a surge of energy that seems to have no origin. During this time, people can often become very grandiose, feel like they are racing and get involved in either highly productive activities or destructive activities, such as spending sprees or other risky behaviors.

Janus described when she first noticed changes during adolescence. “At the age of 14, my family noticed a shift in my moods,” she told me. “I was very active as a performer, had a strong sense of purpose and was almost too self-confident. I developed a superiority complex and started having fist fights at school, mostly with boys. The violence was explosive. Then I’d sink into depression. I experienced rapid cycling between the two modes.”

“I attempted suicide for the first time at the age of 16 with a pair of scissors. I was getting mandatory counseling at school but didn’t see a psychiatrist until I was 20. I was then diagnosed manic-depressive and participated in a medical study at New York-Presbyterian Hospital in Manhattan.”