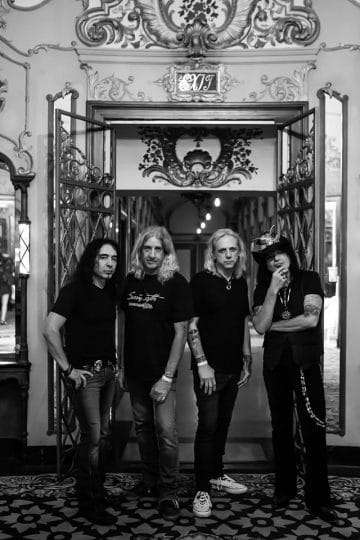 The group is scheduled to play at the Rainbow Bar and Grill Back Yard Bash in West Hollywood, California, USA on Sunday, September 1, 2019.

Wikipedia states the following about Hurricane (with slight edits):

Hurricane‘s “I’m On To You” video (from album Over The Edge):