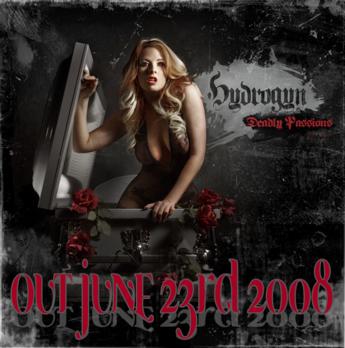 Demolition Records are lining up a string of releases for the upcoming months and things are really hotting up, firstly with the new release from Kentucky rockers Hydrogen.

Deadly Passions (worldwide release) is truly an album that will leave you weak at the knees with its femme fatale metal, a compelling modern heavy rock tour de force like no other on the scene.

Hydrogyn are an outfit designed to destroy musical and industry barriers.

Guitarist, Jeff Westlake said: “We wanted something a broad audience could love, but also be something special, something that stood out.”

Fortified with cutting edge riffs, plus intelligent lyrics and massive hooks delivered by stunning lead vocalist, Julie, the result is a formula set to conquer anything from Alternative and Modern Hard Rock, to Timeless Metal, without sacrificing credibility.

Hydrogyn is built to explode!

The band have recently officially released the track listing for their upcoming album, Deadly Passions: