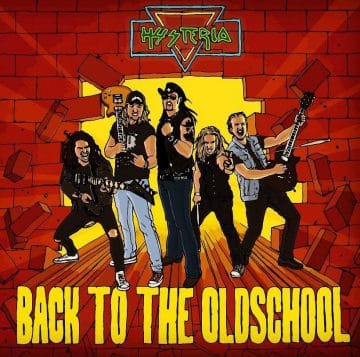 After the release of their song “Heartwall”, Swiss hard rockers Hysteria have released another track entitled “Overloaded” for streaming from their upcoming EP Back To The Oldschool, which will be released later in 2017.

Hysteria – Overloaded Hard-/Melodic-Rock from Switzerland! From our EP: Back to the Oldschool! Join us on Facebook: https://www.facebook.com/HysteriaOfficialbandpage Website: www.hysteriamusic.ch/ Recorded and Mixed @ https://www.Mackmusic.ch/ Mastered @ https://www.echochamber.ch/