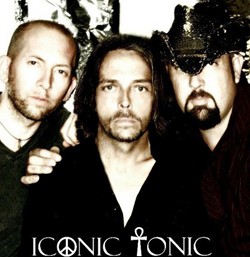 Iconic Tonic have released a cover version of W.A.S.P.’s “Blind In Texas” from the band’s upcoming album ‘Undercover’. The track is available for streaming now at www.iconictonic.net.

‘Undercover’, set for release in early 2013, is the follow-up to the Ohio band’s debut album ‘Rock And Roll’. ‘Undercover’ will feature cover versions of some of hard rock and metal’s most influential acts such as W.A.S.P., Judas Priest, KISS, and many more — as well as two new original Iconic Tonic tracks.

Iconic Tonic was formed in 2010. Although the members had each spent time in other projects that achieved both regional and national recognition, they decided it was time to create the uncompromising and wickedly satisfying rock n’ roll band that they mutually envisioned. Once together, the song ideas began to flow, and they immediately began rehearsing and recording.