Los Angeles, California, USA based rockers Idora have announced that they have ten tracks ready for their new album, which is slated for a release sometime in the summer of 2016. 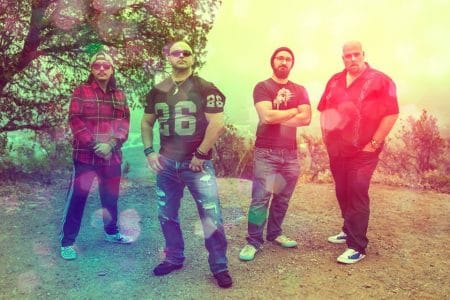 “10 songs DONE! The last 3 are off to Johnny Lima for mixing. Now, it’s time to start working on artwork and getting the business end of this thing accomplished. =)”

Of note, it appears that Idora‘s new album will include a cover of Y&T‘s “Go For The Throat” from the 1985 album Open Fire.

Sleaze Roxx stated the following in its review of Idora‘s Above The Law EP which was released back on July 7, 2015: “Idora‘s debut EP Above The Law is a good and solid debut. I look at the album as a three part album: you have the opening track which has some ’80s hair metal traces, you have the three pure classic rock tracks in the middle and you have that Carribean like feeling song to end the EP. I understand that Idora will be releasing a full-length album in 2016 and I hope that the band will focus on the style of music that they are really good at which is classic rock.”