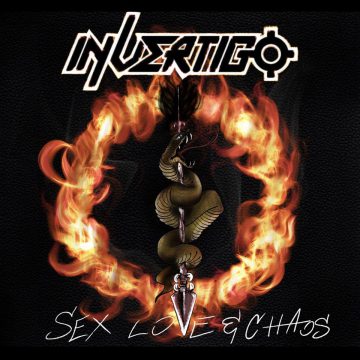 Canadian rockers In/Vertigo have unveiled a video for their single “Chains” to commemorate the one year anniversary of the Rockshots Records release of their EP Sex, Love & Chaos.

“Calgary hard rockers In/Vertigo‘s released their debut EP Sex, Love & Chaos during July 2020 via Rockshots Records. To celebrate its one-year anniversary, the band is sharing their new music video for the record’s fourth and final single “Chains”. Coming right out the gates, it’s high energy and fast pace. There are no breaks or rest stops. The lyrics deal with being trapped in something you love to hate, and in turn, hate to love.

In additional news, In/Vertigo welcomes its two newest members, Brandon Haddow (guitar) and Carter Bews (drums), and will be entering the studio to record their follow up EP to be mixed by Brian Moncarz (Alice Cooper, Our Lady Peace) and engineered by Kirill Telichev (The Dudes, Highkicks) for a release at the end of 2021.

In/Vertigo also returns to live performances with an already sold-out hometown crowd for July 23rd at Calgary’s ‘Blind Beggar‘ music venue where they will be unveiling their new members and new songs off their forthcoming 2021 release. 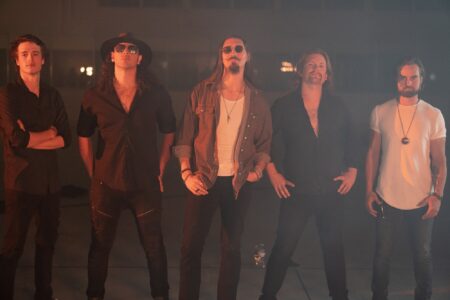 Formed in 2016, In/Vertigo delivers non-stop memorable performances at the jet engine decibels of a Boeing 747. They have made a mark for themselves touring and constantly gigging around Western Canada. Performing high-profile gigs with international acts such as Diamond Head, Age Of Electric, Pop Evil, The Wild!, The Lazys and have proven the band as young pros, still hungry for bigger stages and even bigger crowds.

Their self-titled demo, recorded under Ronnie Champagne (Alice In Chains, Jane’s Addiction, Social Distortion) had a limited run of 500 and subsequently sold out. Their four-song debut EP is the band’s rude awakening in the current hard rock drought.

In/Vertigo is the quintessential rock n’ roll act, who comes in with a sonic molotov cocktail of sound, aimed at the music world who unapologetically thirsts for classic/hard rock.

Sex, Love & Chaos is available on Spotify, Apple Music, and all other major digital platforms HERE.”