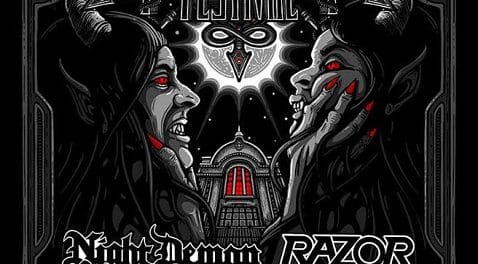 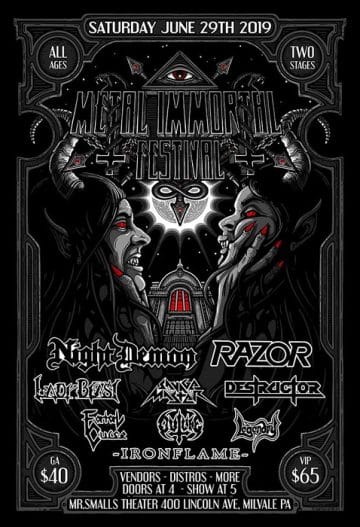 Lady Beast‘s female frontwoman Deborah Levine is quite the entrepreneur as she has organized her own metal festival in Pittsburgh, Pennsylvania, USA. The inaugural Metal Immortal Festival will be taking place on two stages at Mr. Smalls Theater in Milvale, Pennsylvania, USA tomorrow (on Saturday, June 29, 2019) and will feature headliners Razor and Night Demon along with Lady Beast, Savage Master, Destructor and many more other bands.

Razor is a Canadian thrash metal band formed in 1984 at Guelph, Ontario. The band dissolved in 1992 but Razor were featured on the 2005.