Indonesian melodic rockers Rise are looking for a new lead vocalist and planning on releasing a new EP in mid-2019 to follow up their self-titled EP released back in 2017. The line-up for Rise‘s self-titled EP was Ramses on lead vocals; Wings on drums; Wiku on guitar, sequencer and percussions; Luthfi on guitar; and, Pravda on bass. The group has since released a single titled 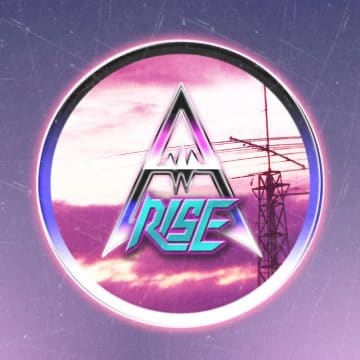 “Raise Your Fist.” Both are available for purchase via Rise‘s Bandcamp page.

Speaking exclusively to Sleaze Roxx, Rise drummer Wings advised as follows about the group’s plans for 2019: “Rise‘s plan for 2019, will be finding a new singer and releasing another record. Currently, we just finished recording acoustic version of “Raise Your Fist.” It will be released as complementary of the “Raise Your Fist” single in digital format. And then after that, we’re gonna record another EP. Hopefully, it will be finished this summer and will be released soon after that in digital formats along with some music videos. To be honest, it’s kind of hard for a band with ’80s rock vibes to move these days in Indonesia ’cause the hard music scene is dominated by ’70s indie rock here or people with more extreme taste will just go for more heavier stuff like the extreme metal scene. Rise is kind of in a situation where we are too soft for heavier listeners and too hard for softer listeners. And people barely noticed ’80s hair metal, AOR, [and] melodic hard rock ever existed in Indonesia’s heavy metal spectrum so but we are still surviving though. We’re hoping to be like bands such as Crazy Lixx, Crashdïet, H.E.A.T, Santa Cruz and Reckless Love who have been successfully in reviving the genre in the Scandinavian scene with their own sound while sounding like a nostalgic band with homage from the ’80s.” 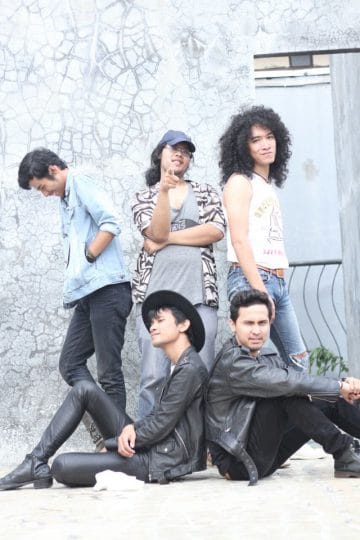 In terms of when and how Rise formed in the first place, Wings indicated: “Rise, which is short for Rock’In Summer Experience is actually a revenge project of mine and my former singer Ramses. He recruited me as drummer back in early 2016 and then after that, Pravda came along as bass player, and then Wiku as guitar player. Other instruments are actually played by friends as additional players. Before Rise, I was in a band called Roxxass and Ramses was in a band called The Harris. We both got kicked out from the bands that we actually formed. As funny as it sounds, it was all because of lack of attitude of our former bands. We’re the ones who had more ambition to get things going. But then, Ramses actually turn out to be the same [laughs] so currently I’m the one who gets the rights for all the material and everything in the name of Rise. Yes, being an ’80s hard rock lover is kinda hard in Indonesia.”

With respect to Rise’s other plans for 2019, Wings stated: “Hopefully we can finish our record in mid 2019 and release it along with some music videos. We’re trying to get up on stage as much as we can. Finding a good stage with good payment is kind of hard here but we’re ready and willing to do whatever it takes ’cause we’re try to make some movement here. We’re gathering some small fanbase, and we’re gonna make some merchandise [to sell] too [laughs]. But I’m actually pretty confident with Rise‘s music to be big as soon we will get the proper attention from the audiences. Contacting Sleaze Roxx is one of those efforts. This site is actually my starting point back in 2005 to learn and getting more into ’80s hard rock glam metal kind of stuff. Without Sleaze Roxx, I might be just another kid who barely knows bands like Danger Danger, Tigertailz, Pretty Boy Floyd, etc. so thank you Sleaze Roxx for being my teacher since then [laughs].”

a video from us to end an era and jumpstart a new one, contains montage of some of our acts since late 2015 till this day, See y’all on the next chapter