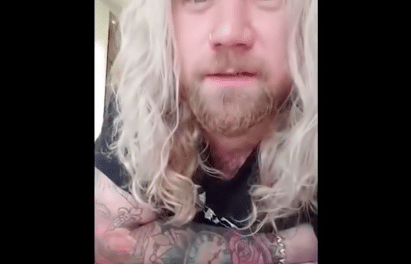 Former Inglorious bassist Colin Parkinson was recently interviewed by Tyson Briden for Sleaze Roxx and the interview was posted back on December 7th. Inglorious frontman Nathan James has seemingly taken exception to some of the things said by Parkinson in his interview as a video on YouTube (see below) with James lashing out was apparently posted on December 8th.

Parkinson was asked to comment on his departure from Inglorious last month along with guitarists Andreas Eriksson and Drew Lowe, to which he advised:

“Ah, itʼs okay. Itʼs a weird one actually. Itʼs ego mate! Thatʼs all it is. You can guess where that ego comes from. It was more of a theater show than a band. Thatʼs definitely what it became. I felt I had given up a lot to do it. I wrote a lot in the band. I was 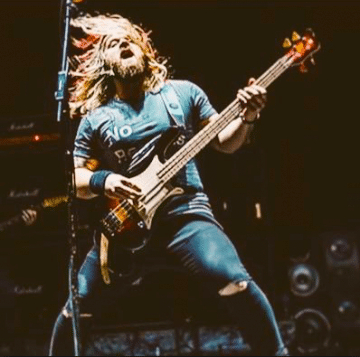 giving a lot of my emotional and mental energy but it was all take, take, take! There wasnʼt a lot of give when I had issues with the way things were running with the management. Iʼd call them, theyʼd make all the right noises but nothing would change in the end though. Certain people were really down. The morale was so low and weak. It wasnʼt going to change so I just left. I thought I could see another tour through. But then I thought the time was right to leave. We released the second album in May of last year. We were all gung ho. We did two weeks of touring and that was it. I thought, “Cʼmon! What else is going on?” We had bits happening, but it was so poorly thought out that we were all really deflated by the whole thing. Then this year, we didnʼt do very much. We did a few festivals. In that time, we werenʼt a band that spent time together. We spent time on the road, but didnʼt spend time together outside of the band. We all lived far apart. Itʼs not a band you know. It is Nathanʼs project. Then things started happening with disgruntled members along with bitchy comments from those who are more into that way of talking. Therefore, the atmosphere just soured and we ended up leaving. It was a real shame.”

Parkinson also spoke to Sleaze Roxx about his new band Temple Of One as he stated: “Yeah, itʼs quite funny. Itʼs actually an old band that we had eight years ago. Just before I moved to Denmark, we started getting played on TV and some radio stations. Then I made the move to Denmark and it kind of got put to the side. We didnʼt think about it for ages. Then Drew came back to Inglorious due to the fact he was let go before. This year, we werenʼt really doing much so we started talking about it, about possibly putting it out on iTunes to keep us busy. So, thatʼs what weʼre doing now. It had absolutely no part in us leaving. We just thought, “Letʼs have fun. Revisit old tracks again.” We re-recorded our parts. We kept the drums, but re-recorded everything else. Weʼre just going to put it out on some level. Weʼre just getting it all together. Iʼm mixing it. A good friend of ours, Tony [Draper], who engineered the Inglorious stuff and is the keyboard/pianist on the last and next album is mastering it.”

With respect to who is the singer for Temple Of One, Parkinson succinctly advised: “Yeah, me!” 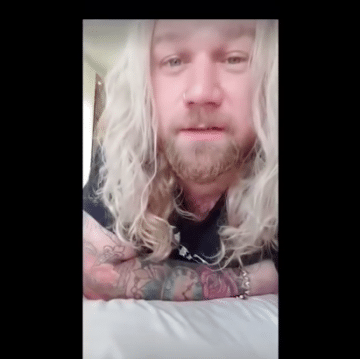 James‘ comments in the YouTube video below are as follows (as transcribed by Sleaze Roxx):

“Delusion, delusion. Absolute delusion. Really, really sad that people would use my name to get press for their projects where they’re singing. Ummmm. God, I could show you some videos of people singing. I tell you, singing. Loose brackets. I am a singer. I sing anything, anywhere, and I promise you, I’ll be really good. That’s all I’m gonna…”

“Do I? Because I’ve literally have done everything from day one because it’s my fuckin’ band. OK? Mine. No one else’s.”

“Uhhhh. Moral of the story is don’t believe what you read. Second moral of the story is do not use my fuckin’ name to get yourself press. It will not work well for you. I’ve got a much bigger following. I’ve got really loyal followers. I have really amazing fans and friends, and if you’re going to be an ungrateful piece of shit, right? Fuck you. Fuck you. Because I am about to play the Genting Arena in Birmingham [UK] to 10,000 people. OK? And in January and February, I’ll be touring the UK with Inglorious and we are going to have a fuckin’ ball. Tickets are selling really well. It’s going to be an amazing show. Never, ever, ever underestimate me. It will never work well for you. I promise you. The moment that you underestimate me will be the dumbest moment of your fuckin’ life. Enjoy working….”