Fresh off the heels of releasing a video for their songs “Until I Die” and “High Flying Gypsy” from their upcoming self-titled debut album to be released on February 19, 2016, Inglorious have now released a lyric video for their new song “Girl Got A Gun.” 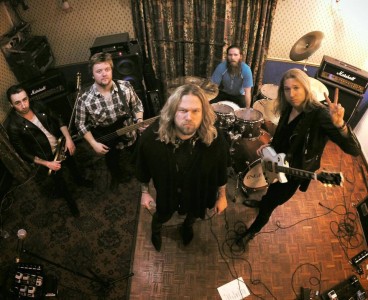