Inglorious release video for new song “Where Are You Now?”

UK rockers Inglorious have released the first single titled Where Are You Now? from their forthcoming third studio album, which some band members previously stated will be heavier than its predecessors. 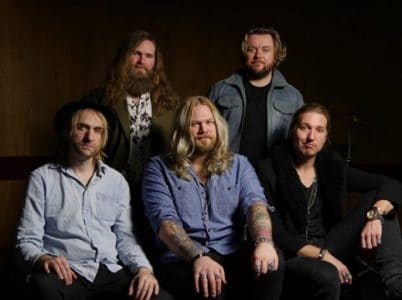 The following message was posted in part on Inglorious‘ Facebook page earlier today:

“i cannot believe we are here releasing a new video/single from our 3rd album already. I am so excited about this darker album and i hope people like it as much as we do. We shot the video at our managers equestrain centre…a very challenging night shoot, but im very pleased with how it turned out! the song is the first track on our album and lyrically is about the break down of a relationship and a bit of an F*** you song for us.”

Sleaze Roxx concluded as follows in its review of Inglorious‘ second studio album II: “Overall, I really enjoyed this album. I have listened through a few times and I am really impressed that Inglorious have done a very fine job of recreating the classic sounds of many of the ’70s iconic rock bands. It is easy to see where this band has taken their influences from and I look forward to many more listens to this fine piece of work.”