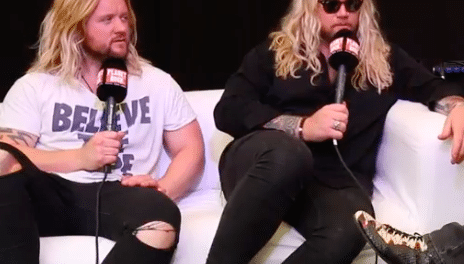 UK rockers Inglorious‘ singer Nathan James and bassist Colin Parkinson were interviewed by Planet Rock at the Download Festival a few days ago and spoke about the status of their upcoming third studio album. 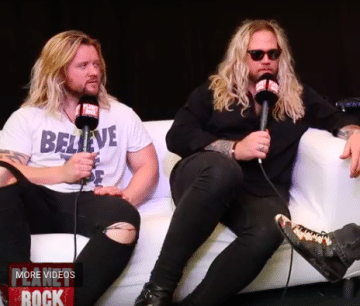 James stated (as transcribed by Planet Rock): “(Producer) Kevin Shirley has just emailed me to say he’s mixed the next (song) so we’re four songs down. He’s not messing about, he never messes about Kev which is why we love him. Yeah it’s done it’s different.”

James continued: “It’s heavier but it’s also got some of the lightest stuff we’ve ever done. We’ve got a fully acoustic song on there, a ballad.”

“It’s very personal for me and yeah we wanted it to be a bit heavier, that seems to be the stuff that people love. All these festivals that we’re doing people as soon as we start playing ‘High Flying Gypsy’ or something the crowd go mental.”

You can read other portions of the transcribed interview at Planet Rock and listen to the interview below.

Inglorious – on their forthcoming album release

Nathan and Colin from Inglorious stopped by for a chat with Paul backstage at Download Festival 2018, and talked about playing the main stage, the support of…