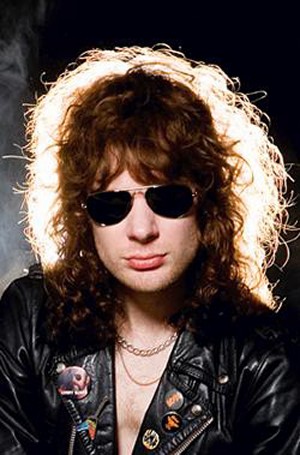 Bullet have quietly been making a name for themselves among the crowded Swedish rock scene, most recently with their critically acclaimed album ‘Bite The Bullet’. While the majority of young upstarts from Sweden hide behind teased hair and sleazy riffs, Bullet takes a more traditional approach while delivering their AC/DC meets Judas Priest brand of heavy metal. In anticipation of the band’s upcoming album ‘Highway Pirates’, launching on February 4th, Sleaze Roxx caught up with Bullet bassist Adam Hector for a quick chat.

Sleaze Roxx: To start us off, what’s currently happening? What are you up to?

Adam Hector: We have finally and successfully recorded our 3rd full-length album entitled ‘Highway Pirates’ that will be released on the 4th of February, 2011.The recording process took a while cause we toured on and off during the whole procedure. But now it’s finally ready and we are satisfied with the way it sounds. It will kick your ass next year!

Sleaze Roxx: How did the band start? What got you all together?

Adam Hector: The band started as an Accept cover band in ’96-’97by Hell Hofer and Hampus Klang. The purpose was to crush all false metal and to be able to live off the music, drink beer for breakfast and never have to work a regular job ever again.

Sleaze Roxx: Tell us of the events leading up to signing your record deal to accomplish this.

Adam Hector: ‘Heading For The Top’ was supposed to be released on what I think was an English record company whom bailed out at the finishing line. When that plan went down the drain our good friend, and back then also manager, Martin Axen from The Ark (R.I.P.) arranged a showcase-gig for us in Stockholm. Black Lodge of course saw the dollar signs, started to drool all over their clothes and signed a deal in blood for three records. ‘Highway Pirates’ is that third and last record on Black Lodge — anyone interested?

Sleaze Roxx: What are you personal musical influences?

Adam Hector: I find new music all the time, right now I listen to a lot of different styles of rock ‘n’ roll. If you listen to Judas Priest, Saxon or whatever you will eventually find a whole lot of interesting music like Joan Baez, for example — then you dig from there and find Bob Dylan, The Band, Neil Young, Muddy Waters, B.B. King, Johnny Winter and J.J Cale. That’s one thing I really like about music, there’s so much to discover it’ll last a lifetime. I hardly ever buy CD’s anymore, there’s so much, and it’s cheaper to buy second hand vinyl — better sound, better feeling — vinyl is the best.

At the moment I listen to a lot of early Rush, Thin Lizzy, early Riot, The Doors, The Who and always The Beatles. In Bullet we are all metal maniacs you know, but I think you need to know a bit about the history of rock ‘n’ roll to be able to play it with conviction and real involvement. Look up the Swedish band Graveyard — great, great band!

Sleaze Roxx: Sweden is a hotbed for up and coming bands these days but Bullet seem to have a different look and feel than the majority of them. How do you feel Bullet fits within the Swedish rock scene? 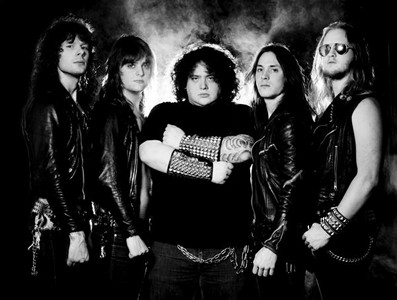 Adam Hector: I think we fill a certain space within the commercial part of the music scene. Most of the bands that are played on the radio and that are considered to be Metal bands sound really dull to my ears. The underground scene is a boiling cauldron of great bands. I think we don’t fit in a bit anywhere, but we get away with it and that’s great. We trick everyone into liking us!

Sleaze Roxx: What bands from Sweden these days impress you?

Sleaze Roxx: Settle a debate between myself and Skid (owner of Sleaze Roxx) — Judas Priest or AC/DC?

Adam Hector: Tough one. I would go with AC/DC as they never put out anything bad, less great for sure, but they don’t have a Jugulator or Demolition or even a Nostradamus in their closet.

Sleaze Roxx: I saw you guys in Glasgow, and thought you were amazing when you were out on tour this year with Hardcore Superstar. Tell us some memories about that tour.

Adam Hector: I loved going on tour with them! They are great people and we had a lot of fun. In Glasgow we went out on the town to get pissed, as one really craves to do after a hard day’s work, and Hell Hofer got arrested for public drinking. But he talked his way out of it by sounding real important with the voice of Sean Connery, telling the cops that he was an important artist in Sweden, huh?

Sleaze Roxx: Haha, I’ll need to remember that one the next time I fall out of the Solid Rock Cafe. Any crazy fan stories you care to divulge? 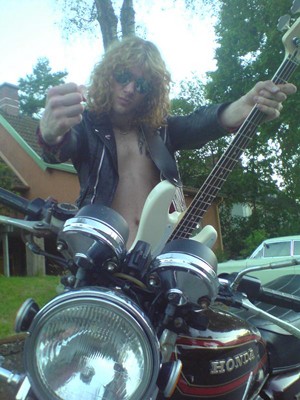 Adam Hector: There is a woman here in Sweden that looks to be in her 50’s that is a real fan. She came up to us after a show and wanted us to sign her arm with a black marker. We all signed her arm (kinda sloppy, you know, it’s hard to write on skin with a marker) and then she told us she was going to tattoo it the next day. It looked terrible and I can’t imagine why anyone would want to do a thing like that. But she’s a hardcore fan and that’s great!

Sleaze Roxx: If you could pick a band to tour with, who would you personally like to go out on the road with?

Adam Hector: Judas Priest on their last tour, to be able to tell them not to quit but to release a good album that sounds like they did in the ’70s.

Sleaze Roxx: What’s the plan for next year? Any tours of the UK and beyond planned?

Adam Hector: The plan is to play everywhere! Nothing is planned in the UK yet but we really hope to go over there again. Be sure to check out Bullet.nu for tour updates.

Sleaze Roxx: Any other stories you would care to share?

Adam Hector: Speaking of UK tours, I just thought about the HCSS tour that we did. One funny thing was that we were followed by the lamest shittiest high school jerk band I’ve ever heard. The first night I saw them we played the same venue but they played the bigger stage (of course they were popular cause people don’t have any taste) and they did a horrific cover of Metallica in a ska/reggae kind of style — absolutely terrible! I survived sitting backstage being forced to listen to this crap. The next day at the next city they show up again… and the next day! Of course they had all the chicks and played sold out concerts. What’s happening to music? What’s up with people? Aaaah I can’t remember the name of the band… Reel Big Fish was it?

Sleaze Roxx: That’s the one. Finally, what would you like to say to your fans?

Adam Hector: Pre-order ‘Highway Pirates’ from Bullet.nu, drink beer, turn it up loud, bang your head, stay wild and rest assured we will come back and destroy your ears and poison your souls with rock ‘n’ roll!