As the frontman of bands such as Silicone Bullet and Damn Dice, Bobby Valentine has been slowly building a loyal fan base throughout the London hard rock scene. With his new band Guiltz N Pleasurez, Valentine feels he has finally found the right collection of musicians to break out in a big way — and the group’s recently released debut EP ‘Out Of Control’ is proof positive he may be correct. The singer recently sat down with Sleaze Roxx to discuss Guiltz N Pleasurez, his musical career and plans for the future.

Sleaze Roxx: So Bobby, how long have you been a part of the UK rock scene?

Bobby Valentine: I have been in three bands in the past five years in London, but I was born here and my parents were/still are rockers and hippies so I grew up with rock and festivals. We also lived on the road in a truck for the early years of my life so I was always around musicians and concerts.

Sleaze Roxx: You were once a part of Damn Dice, were you in other bands before joining them? 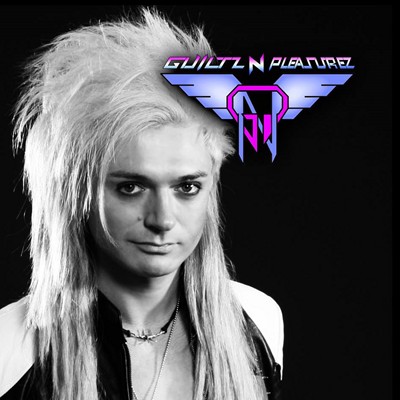 Bobby Valentine: I was in a band called Silicone Bullet before Damn Dice. That was my first proper band that started to go somewhere, but my very first band was called Raging Silence.

Sleaze Roxx: How did Damn Dice come about?

Bobby Valentine: I joined Damn Dice after a random meeting with them at a Crashdiet gig in April, 2011 at the O2 Academy Islington. They were looking for a singer and I accepted the job. I then left Silicone Bullet to focus on that and we went on tour with L.A. Guns soon after.

Sleaze Roxx: Was there a high point, or that one awesome experience, while a member of Damn Dice?

Bobby Valentine: Damn Dice was a good experience. I had a lot of fun in that time and I learned a lot too. I think the best moment was a show in The Duchess in York on the L.A. Guns tour. That was an awesome show to play!

Sleaze Roxx: You left Damn Dice and joined Guiltz N Pleasurez, how did that come about and why did you leave?

Bobby Valentine: Leaving Damn Dice was a mutual decision between me and them. Musically we had grown apart and wanted different things sound-wise. I met (guitarist) Rockie Steel shortly after leaving and we formed Guiltz N Pleasurez ourselves very quickly — it just all happened easily. Guiltz N Pleasurez have the sound, image and attitude I was always searching for and I am the happiest I have ever been in a band now.

Sleaze Roxx: Guiltz N Pleasurez is fantastic. What was the process like recording and producing the EP yourselves? Were the songs selected in a certain way?

Bobby Valentine: We produced the album ourselves in my studio at home — I love recording and mixing. Rockie Steel or Alex Grant will write a basic instrumental and then send it to me to write the vocals. Although a few of the songs have been written by me when I just come up with an idea for the lyrics and melody concept myself. The song selection for the EP was tricky as we love all of them and there were 12 to pick from. And we have just written another four, so selecting 12 for the album will be even harder, but at least we will have a lot of awesome material for the second, and probably third, albums to come!

Sleaze Roxx: The original demo EP you sent out to media outlets had a slightly different track listing then what would eventually appear on ‘Out Of Control’. Was there a specific reason why a song like “Don’t Wanna Know” didn’t make the final cut? 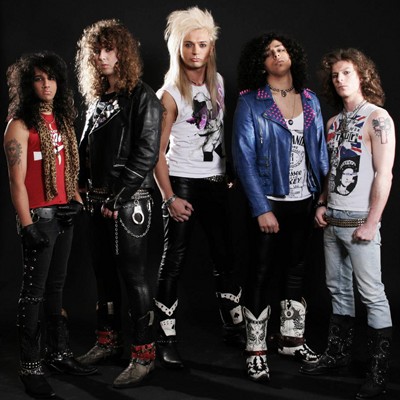 Bobby Valentine: The original CD was very rough and maybe we should’ve waited until the current EP was finished. But we were very eager to let the scene know about us so that original CD was not intended for review. Unfortunately some people did review it and looking back, we should not have sent it out. But the ‘Out Of Control’ EP is out now and we’re always looking forward — so it’s all good.

Sleaze Roxx: What inspires you to write? Are your songs based on personal experiences?

Bobby Valentine: Everything I write just comes from me automatically. I wouldn’t write about something I had no experience in or didn’t feel personally. So yes, I do have a big passion for girls and partying (laughs). But that is not all. We have a song called “Chosen” which is about my life and love for music, which basically explains that I didn’t choose this life, it chose me. Another song is called “Everybody Wants It” and it is about the people that sit around procrastinating, probably smoking weed or drinking — wasting time, dreaming of doing something constructive with their lives but never actually getting around to it. Overall I am very honest with my lyrics and themes and make songs out of the experiences in my life that people can relate to.

Sleaze Roxx: Speaking of partying, what are some of the most outrageous things you’ve experienced being a hard rock frontman?

Bobby Valentine: Hmm, I would surely be arrested if I was to confess all the details (laughs). The phrase ‘total excess’ would be appropriate. You will have to use your imagination (laughs).

Sleaze Roxx: Who is the song “Dr Jack” about?

Bobby Valentine: “Dr Jack” and is about an alcoholic that has lost his way in life and is totally dependent on the booze. This is a subject that is quite cold, but one I am sure most can relate to in some way. We all know a “Dr Jack”. But my personal “Dr Jack” is actually about a previous landlord I had that died of alcoholism in 2012. That is one of the rare, darker songs — but I felt the need to write about it as he was a friend of mine.

Sleaze Roxx: How pleased have you been with the response to ‘Out Of Control’?

Bobby Valentine: It has been fantastic — simple as that. It has been received better than expected and we are extremely proud of it. But, this is just a taste of what is to come, and that will really blow this away.

Sleaze Roxx: Are there any future plans to record an album and tour the US? 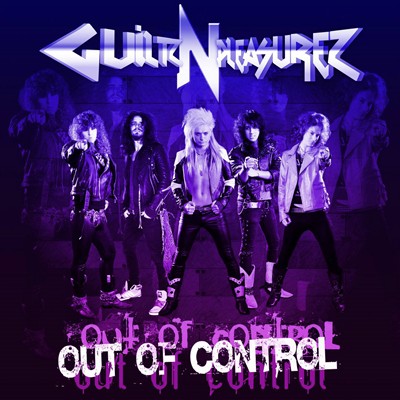 Bobby Valentine: Yeah sure. The album will be recorded soon and then the tour will be arranged. We will be coming to the US for sure amongst other countries.

Sleaze Roxx: Do you feel Guiltz N Pleasurez is the band you were destined to front and the one that will finally put you over the top?

Bobby Valentine: I do, yes. I always do my best when working in a band, but this one is by far the best for me. Guiltz N Pleasurez has also taken off better than any of my previous projects and has attracted more fans in a short period of time than any of my other bands. All of the musicians in Guiltz N Pleasurez are so talented, and our manager is fantastic, so if this band doesn’t make it then none will!

Sleaze Roxx: What do you love about music?

Bobby Valentine: Music is my life, always has been. I didn’t choose this life, it chose me. It is always in my heart and soul and I will hold it there until the end.

Sleaze Roxx: What would you say are the biggest hurdles in trying to get a new band noticed these days?

Bobby Valentine: Wow, good question — a lot of things really. I think getting a decent dedicated line-up is always hard, and keeping it is even harder. And even when you have that there are so many other factors which get in the way. That old evil devil called money is a big part of it too. Put simply, the more money you have, the more opportunities are at your disposal. But the main factor is timing and networking. As the old saying goes, ‘it’s not what you know it’s who you know’, and being in the right place at the right time with the right marketable product is vital.

Sleaze Roxx: What are some of the young up and coming hard rock bands in London that impress you, and is there a lot of competition between them and someone like Guiltz N Pleasurez?

Bobby Valentine: There are a lot of great bands here — I am friends with most of them. I have respect for all the bands here and I am impressed by anyone that has the courage to get on stage and perform. However, I do not respect bands that try to sabotage or discredit other bands that seemingly threaten them. I find all that negative competition very ugly, so I stay away from those games.

Sleaze Roxx: Who are your influences and who are your favorite singers?

Bobby Valentine: I am influenced by loads of artists from the ’80s obviously, but also a lot of classics from the ’60s and ’70’s like David Bowie, The Eagles, Lynyrd Skynyrd, Doobie Brothers, Grateful Dead and then pop stars like Cyndi Lauper and Michael Jackson. So my taste is very broad.

Sleaze Roxx: Finally, anything you’d like to tell fans?

Bobby Valentine: I would like to tell the fans that we really are so grateful for all their support and a massive thank you for making this happen! Without the fans, you are just a band, with the fans you are a part of a movement — and that is a magical thing.