Carmine Appice has worked with some great musicians and bands throughout the years — with Rod Stewart he recorded four studio albums and managed to get co-writing credit on one of Stewart’s signature songs “Do Ya Think I’m Sexy?” He has also played with Ted Nugent, Michael Schenker and Pat Travers, and he’s been a part of Vanilla Fudge, Cactus, Blue Murder and the power trio Beck, Bogert & Appice. He even tried his hand at glam rock with his ’80s band King Kobra who he has recorded five albums with, the most recent album being ‘King Kobra’ due on May 3rd in North America via Frontiers Records. We caught up with King Kobra founder Carmine Appice and talked about the new album, their new singer Paul Shortino (ex-Rough Cutt/Quiet Riot), Marcie Free, Blue Murder, Guitar Zeus, and the correct way to say his last name. Enjoy it, I sure did.

Carmine Appice: I don’t know what you’d call proper? It was not the original King Kobra — at the time I had a deal to do a new King Kobra record and I didn’t think they’d want to do it. Johnny Rod was in jail at the time (laughs)! Mark Free, or Marcie Free, had no desire to do another King Kobra album because it was too heavy for him/her or whatever. I put together a new version of King Kobra with people who I know and love and the singer was Kelly Keeling. We wrote some songs together and ‘Hollywood Trash’ was very reminiscent of my ‘Guitar Zeus’ albums, a modern sound and heavy. On the new album ‘King Kobra’ the label specified that they wanted a record that sounded like our old record — they wanted an ’80s sounding record.

Sleaze Roxx: Since ‘Hollywood Trash’ was heavier you made mention that Marcie Free wouldn’t be interested. However, since the new album was going back to the vintage sound did you think about approaching her about it?

Carmine Appice: No… I’ll tell you why. I had a Mexican DVD from a show we had done in the ’80s — I wanted to simply put it out on the market for whatever fans would be interested in the video, this was the only piece of video of King Kobra live. I wanted to put this out on a label who I’ve worked with, Fuel 2000, and it wasn’t about the money. There wasn’t a lot of money in it, let’s just put it out there so the fans of King Kobra can buy it if they want it. I called her up about it and she said no. She took it a step further and said that if I released it that she’d sue me! I was like, come on give me a break! There’s not even any money in this, it’s about getting the footage out there for the fans.

That left a bad taste in my mouth and coupled with the fact that Mark Free left the band because he wanted to play wimpier music… and this album is more along the lines of ‘Ready To Strike’. There was just no way that he’d want to do it, and besides, it would just be better without him. We wound up getting a new singer and Paul Shortino came to mind because he happened to be involved with mixing a Keel record. We were having a conversation with producer Pat Regan and Paul Shortino came up in the conversation. I had worked with Paul before — we had a great time together so I gave him a call. He said he’d do it so then we called Dave Henzerling (David Michael-Philips) and he said he’d do it and we went from there. I’ll tell you what, not only did he do a fantastic job singing but he did an outstanding job engineering the record and the production of the album. Dave is also a great producer, engineer and great with pro-tools. Between the three of us we put the record together and turned it into the label.

Sleaze Roxx: So Paul Shortino simply came up and there was no formal singer auditions? 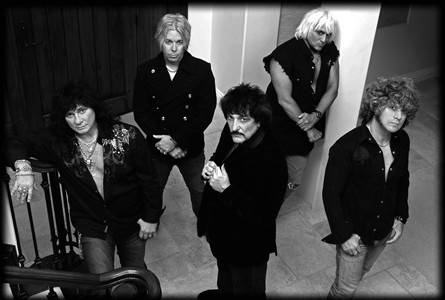 Carmine Appice: I know a lot of great singers… I’ve recorded and played with the best. I really hit it off with Paul and when his name came up I knew we had to get him — there wasn’t a need to look further. Plus he was in the movie Spinal Tap so we even put it out on the internet that Duke Fame was singing in King Kobra (laughs)!

Sleaze Roxx: As you stated the album does capture that vintage King Kobra sound. Paul really fits in well, I love what he did on the first Rough Cutt album and I enjoyed that album he did with Quiet Riot.

Carmine Appice: He’s a great rock singer. Mark had a good voice but it was thinner, Paul has this soulful blues and he adds some R&B and he has a husky vocal that works well in this band.

Sleaze Roxx: When you approached Johnny Rod and David Henzerling about re-launching the band what were their initial thoughts — because unlike Mick Sweda they weren’t a part of the last album.

Carmine Appice: Dave was all in from the beginning, he was with Pat Regan and I when we started talking about doing King Kobra again. Dave happened to be in L.A. installing programs in jet fighters — most people don’t know this but Dave works for Intel as a computer programmer. We went to dinner and Dave mentioned that Pat was mixing the Keel album and that’s how we came in contact with Pat. Johnny had been calling me ever since he got out of jail for reasons that I won’t get into here. He was constantly calling me saying, “Why don’t we do something, why don’t we do something?” So I knew he was into it and Mick Sweda wasn’t doing anything at the moment — I had kept in contact with Mick via email and I knew he wasn’t doing anything at the time. So I waited to get the ‘okay’ from everybody and I called up our manager and said, “Hey we got the original band with Paul Shortino, that’s not a bad package!” We had a couple of other deals thrown at us but we went with Frontiers because we think Frontiers has the ’80s thing sewn up.

Sleaze Roxx: As far as the album goes there are a number of standout tracks — I love “Midnight Woman” and “This Is How We Roll”. I really like the sequencing of the album, more so toward the end. “You Make It Easy”, “Cryin’ Turns To Rain”, “Screaming For More” and “Fade Away” wrap up the album, the way those tracks are sequenced in particular ends the album on a very high note.

Carmine Appice: Dave and I would come up with a lot of the sequencing on the album. I’m a huge believer that you’ve got to have songs with different tempos. I don’t like having songs with similar tempos following each other — I don’t want to hear a fast song followed by another fast one. I want songs with varying tempos following one another. I want a ballad followed by a fast one and that followed by something that’s mid-tempo.

Sleaze Roxx: What was the songwriting team on the album? Who wrote on this album?

Carmine Appice: It was basically me, Dave and Paul who wrote the bulk of the material. There were outside writers here and there, in fact Mark Free was one of them on a couple. He was given co-writing credit because a couple of those song ideas were things we had lying around from the ’80s — we updated and rearranged them and in some cases rewrote them. Our thought was if they want something that sounds ’80s we’ll given something that we wrote in the ’80s (laughs)! In addition to writing the three of us also were responsible for the production of the album.

Sleaze Roxx: You’re always working on something… I saw you a few weeks ago on the Jimmy Fallon show and you were back playing with Vanilla Fudge. You also re-launched Cactus a few years ago and I saw you drumming with Michael Schenker last summer. What is your motivation, because most of your contemporaries are slowing things down yet you’re still going full-steam ahead?

Carmine Appice: This is my hobby (laughs)! This is what I do and I still have a passion for it — I like to create and I like to play. Like you said, my contemporaries have made their money, they’ve slowed down, and they might be happy taking it easy and sitting around at home — that’s not me. I have a crazy lifestyle… my girlfriend lives in New York and my kids live in L.A. so I can be in either place any given week. I love to travel, I love being on a plane and I just love what I do. My idols played till they died and I hope to do the same.

Sleaze Roxx: One of the things that often comes up when there’s mention of yourself or John Sykes is the band Blue Murder. Would you like to see that band rise again? There’s a lot of love for that band among rock fans.

Carmine Appice: Dude, I’ve been trying to get that band back together since 2000. I don’t think it’s meant to be. We’ve come close a couple of times. When John Sykes left Thin Lizzy close to two years ago I thought it was to do his own thing and that thing was to go out with Blue Murder. We have a lot of unfinished business with Blue Murder — when we play together its magic. We spoke, we got together and called a bunch of managers and we never got together. I’d like us to do something, it’s just too bad because it was a great band and I know we’d impress a lot of people if we were out there playing today. I’ve played with Tony Franklin on several sessions — he played on the ‘Guitar Zeus’ albums with me.

Sleaze Roxx: Speaking of ‘Guitar Zeus’, you got both of the albums packaged together after years of them being available only as import. Will there be a third installment in the near future?

Carmine Appice: Right, they hadn’t been released in America so I got deal with Fuel 2000 and they put it out. I figured if someone wants it they can buy it domestically rather than spending $30 and buying it from Germany or something. I don’t know how people are getting away with selling it. I see it on eBay and other places and I’m not seeing any royalties from them (laughs)! We are working on a new record deal out of Japan so it looks like there will be another one in the works.

Sleaze Roxx: Last question, you and your brother Vinny have been involved in a drum war. In fact you made a DVD years ago where you battled it out for the family name. You pronounce your name Appice (Apeace) while your brother pronounces it Appice (Apacee). What’s the correct way to say your last name?

Carmine Appice: Right. Oh, there he is walking down the stairs right now. Yeah we did a drums war event last night and we are at my girlfriends house recovering. I’m taking a nap after I’m done with you. My girlfriend and Vinny have been sleeping while I’ve been doing interviews. On the DVD we made a deal that the one that won would get the other to use the winner’s pronunciation. The one that won was my older brother Frank who said, “they’re both wrong, the correct pronunciation is Appice (Apechee)” (laughs)!