I first heard the name Chris Laney in 2005 when Zan Clan unleashed, in my eyes, the best album of that year. Chris played guitar and produced that album, the exceptional ‘We Are Zan Clan…Who The F**k Are You??!’, and hasn’t slowed down at all since then. This year he released his first solo CD ‘Pure’, produced Steevi Jaimz’ triumphant comeback album ‘My Private Hell’ and worked with many of the up-and-coming Swedish sleaze bands. In this exclusive interview, Chris Laney praises the upcoming Crazy Lixx CD and reveals that he is about to begin work on his second solo venture.

Sleaze Roxx: You just finished up the new Crazy Lixx CD, what’s next for Chris Laney?

Chris Laney: I am currently doing a secret band whom I am producing… then after that I will start on my solo follow-up!

Sleaze Roxx: Do you have songs already written for your new solo release?

Chris Laney: I wish! I have about 4 songs written, so I hope Santa is coming with 10 more.

Sleaze Roxx: Do you have anyone in mind to play on the album?

Chris Laney: It will probably be more just me on this one. Conny Bloom from Electric Boys/Hanoi Rocks and I will do one track together and Nalle Pahlsson will do some bass. Georg Egg, Rob Love and John Berg from my live band, and their band Dynazty, will probably also be on it.

Sleaze Roxx: Will the sound be similar to Pure?

Chris Laney: Well… I dunno to be honest. I just write from my heart. Some of the stuff I have written is more ‘Arena’, bigger in some ways and some might call it popier, but for me it’s good music. There will be a few Zan Clan sound-a-likes, but hell, that was me writing those tracks too (laughs)! Well, as I said, it will be kick ass rock n roll, not nuclear science, just rawk.

Sleaze Roxx: Speaking of Zan Clan, what’s going on with that band?

Chris Laney: We put it on hold a couple of years ago because we didn’t have a deal. Easy Action got a deal so Zinny Zan did that, and I had Randy Piper’s Animal. Rob got Dynazty together and Johan Koleberg and Nalle ‘Grizzly’ Pahlsson went with me to Animal. We have a whole album written, but no label wanted us… so what to do? But SOMEDAY!!!

Sleaze Roxx: Earlier this year you announced you were leaving Randy Piper’s Animal. Do you know if the band will continue on without you?

Chris Laney: I just spoke to Randy Piper the other week and he wants to reunite, but the timing isn’t right. But I love the guy, and Rich Lewis, whom I think is one of the world’s leading voices. We talked over stuff and lets just say… lets see!!! I love the guys and am very proud of what we did. So… as with Zan Clan, when the time is right!

Sleaze Roxx: When I reviewed Steevi Jaimz new album I said that you managed to resurrect both his and Zinny’s careers. What’s your opinion on that? 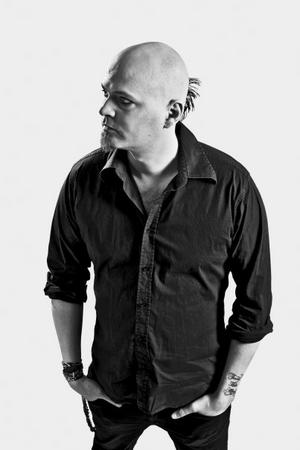 Chris Laney: Well… I didn’t resurrect anyone, they did it themselves. I am just a good doctor (laughs). They all are heroes of mine and I love the fact that we did these albums together. Most important, making an album often makes you so close it’s sick. These guys are the best of friends, we still speak on a weekly basis and man… I am just thrilled to be able to do it. I think it helps that I am a fan coming in from the outside saying, ‘Hey, you should do this or do that’, because that is what I as a fan would like to hear.

Sleaze Roxx: Did you ever dream that one day you would have such an impact on your hero’s music?

Chris Laney: No… it’s too crazy (laughs). I still need to pinch myself from time to time.

Sleaze Roxx: Are there any other heroes of yours that you are dying to work with?

Chris Laney: Paul Stanley, Def Leppard, Jani Lane and Pretty Maids. I mean, there are plenty of them, but those are big heroes.

Sleaze Roxx: Def Leppard could definitely use your help, they seem to have drifted into a whole new direction.

Chris Laney: Yeah… they need Mutt Lange back. Talking about Mutt… he is GOD. I used to hate Nickleback, then he produces them and ‘bam’, he took away a band from my hate-list and made them great. Bastard… can’t I have one band to hate alone?!

Sleaze Roxx: You and Mutt both seem to be able to bring out that huge melodic sound from the bands you produce. How do you do it?

Chris Laney: Wow, thanks!!!!!!! I just listen to Mutt and think… how would he do it? Hahahaha nah, not really. It is all in the songs to begin with… then the arrangement. When that is done, the mix comes easy.

Sleaze Roxx: So what is going on over in Sweden? It seems like everyday there is a promising new band forming.

Chris Laney: I dunno?!?! I get invitations to gigs every single day… so many bands!!

Sleaze Roxx: It’s getting hard to keep track of them all. Do you worry that the market will soon get saturated over there?

Chris Laney: I’m not worried… there are still very few that actually get released. As I see it you have Crazy Lixx, Hardcore Superstar, Babylon Bombs and Crashdiet. Those are the bands that are happening… and H.E.A.T.

Sleaze Roxx: Seeing as you have produced several of the bands, lets get into that. How has the new Crazy Lixx CD turned out? 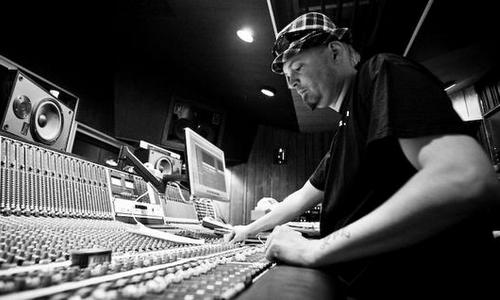 Chris Laney: It is amazing, such great songs… Danny Rexon is the new Desmond Child, man can he write killer tracks! You gotta hear My Medicine, Dont Blame It On Luv, Children Of The Cross… man I could go on and on!!! I am very proud of that album, and I wish them ALL the luck.

Sleaze Roxx: I’ve been praising Crazy Lixx for years, to me they are the top of the heap in Sweden right now.

Chris Laney: Cool!!! You won’t be disappointed!! I mean, the first album is great, I still love it, but the songs are much stronger on this one. More like Dr Hollywood and Want It, that kind of thing… big and catchy. And Andy Dawson, the new guitarist, is a guitar hero… just wait and see!

Sleaze Roxx: I also like the big sound you helped give Babylon Bombs, who knew using strings could work so well with hard rock?

Chris Laney: Guns N’Roses did it, Kiss did it on Destroyer (laughs). I heard that track, Liberation, and my first impression was Paul McCartney’s Live And Let Die and said, ‘lets do something like that, big and movie like’. As I always tell my bands, ‘I aim for 2 meters, if I miss out jumping that high and only do 1.5 meters, that is pretty damn good too’. On Liberation I think we made 1.8 meters (laughs).

Sleaze Roxx: You’ve also worked with newer bands like Starrats, Dynazty, Vanity BLVD and Blackrain. How proud of those albums are you?

Chris Laney: I always try to do my best. Sometimes the budget won’t let me take the time I would like to, and that is when I get frustrated. I do not produce as much as I mix because I can’t do more than a maximum of 4 albums a year. I don’t wanna produce something half-assed.

You mention Vanity BLVD as a new band… I did that album 3 or 4 years ago (laughs)!!! Sometimes stuff won’t get out until way after it was finished and that is never cool. The bands get better and so do I, and now I do not talk about Vanity, just all the latest releases.

Dynazty are kind of my baby brothers, Rob of Zan Clan’s new band… great guys. They had only been a band for a couple of months when we did that album, and they are already so much better. It is a cool disc, but last time I saw them I saw how much they have developed as a unit. Starrats are a cool band from Denmark that I mixed, a cool mix of new and old school. Blackrain is also (in my ears) a cool mix of old and new. What can I say… I aim to please, sometimes I can’t make the turd into gold, only silver, but I do my best (laughs).

Sleaze Roxx: How does your approach differ when working with those newer bands and established acts like Bai Bang or Glorious Bankrobbers?

Chris Laney: It doesn’t to be honest. It is often easier with guys who have done it before. New bands often are a pain in the ass since they do not know what to expect or how to get what they are after.

There are albums that I am not that fond of since the bands didn’t trust me and I listened too much to their concerns and thoughts. That is something I have promised myself to never do again. Their job is to be a band and write songs… my job is to make that into an album.

Sleaze Roxx: How difficult is it to get a clean sound out of a band without over-producing it and sucking the life out of the songs? I’ve always said there should be some dirtiness left in the music.

Chris Laney: It is always hard. If nothing is ‘ugly’ nothing is ‘beautiful’. I dunno how often I’ve taken my guitar and just winged it sloppily over a GREAT take just to get the rawness in a mix… and no one knows (laughs).

Sleaze Roxx: Seeing as you are right in the middle of the Swedish rock invasion, are there any new bands, aside from the ones you’ve worked with, that excite you?

Chris Laney: Baby Jane is a cool band… I did mix a demo, but that doesn’t count right?! They are from Gothenburg. There are a lot of cool bands out there, but to be honest I am just about to start my 46th day straight at the studios… no days off. With that said, I don’t have that much spare time to go out and see bands.

Sleaze Roxx: So you have a Zan Clan album ready to go if a label comes along, are about to start work on your new solo CD and continue to produce/mix. Do you ever take a break?

Chris Laney: I will start on December 7th to write the new CD. The album will be recorded during January and released in late spring. I have a few other projects in the works but nothing set in stone.

I must be a workaholic… but hey, I LOVE music!! LOVE! How can you take a break from your biggest love? I am just blessed to be doing what I am doing. Who knows, in a year I might be a has-been that never was… who knows. I just know that I will keep doing what I do, not for the money, God knows, coz albums do not sell… I do it for the love of rock n roll.

Thanks to Chris Laney