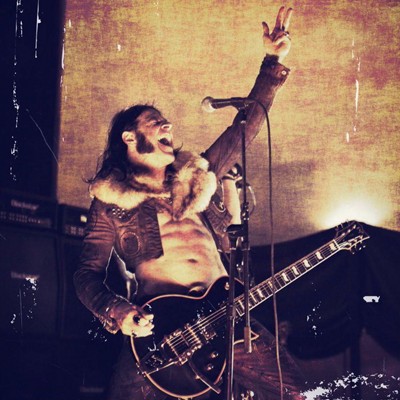 Bassist Chuck Garric has worked with late great Ronnie James Dio and has been a member of the Alice Cooper band for a number of years now. Garric has just released his first album with his band Beasto Blanco, which is heavily influenced by White Zombie and Motorhead. A real ‘meat and potatoes’ type of band — Garric didn’t over think things with Beasto Blanco, as it’s all about great hooks, grooves and melody. Sleaze Roxx caught up with Garric to talk about all things Beasto Blanco — and we would have been insane not to ask about what’s brewing with Alice Cooper, however he was not in position talk about it at the moment. Don’t forget to pick up a copy of Beasto Blanco’s debut album ‘Live Fast Die Loud’, out now on Rat Pak Records — it’s quite good.

Sleaze Roxx: Beasto Blanco has been in the works for the past 18 months or so, is that accurate?

Chuck Garric: Yeah, I’d say it’s been about that amount of time. I think between recording, releasing some stuff, and getting signed to a label, it’s been about 18 months.

Sleaze Roxx: How did Beasto come to be, because you’re a busy dude. Alice Cooper is in high demand and it seems like you guys are playing all over the planet.

Chuck Garric: Yeah I think I felt it was time for me to release some music. I felt that it was time for me to finish that idea that I had in my head. I’ve been writing for so many years for other artists — it was just time for me to do this. I found the time during down time with Alice, or even when Alice is on the road I’m always writing and recording. It was time to do my record and out came BeastoBlanco.

Sleaze Roxx: Was it always the plan for you to handle the vocal duties in Beasto Blanco or was that how things evolved?

Sleaze Roxx: In Beasto Blanco the hooks are there, the choruses are catchy, you didn’t over think things, and one might say that you ‘dummied’ things down. I don’t know if you’d agree?

Chuck Garric: That’s exactly what I wanted from Beasto Blanco. Listen, I don’t write for myself. I’m not like ‘look at how many notes I can play!’ What I wanted to do was give people a great rock ‘n’ roll record. When I was writing for the Beasto Blanco record that’s exactly what I wanted. I want to give the fans the opportunity to get to know this band — I didn’t want to overdo it. I wanted to create a lifestyle — I wanted people to head to a show be entertained and get away from the stuff that is going on in their lives. I don’t want people to think of anything political, sad, or negative — I want them to get a good rock ‘n’ roll show. That is my goal with Beasto Blanco and it will always be that way.

Sleaze Roxx: Would it be accurate to say that ‘Live Fast, Die Loud’ isn’t too far removed from something you’d hear on a White Zombie or Motorhead record? 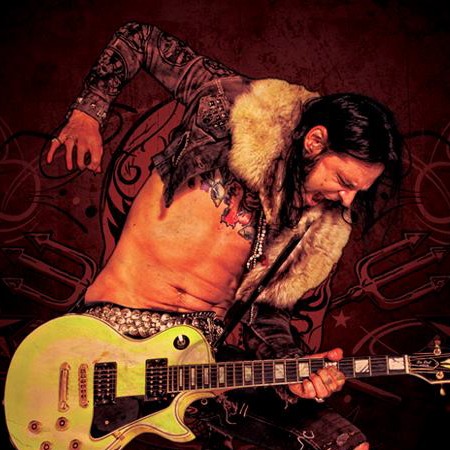 Chuck Garric: I’ve always loved the attitude that Motorhead portrays. Listen, what you hear on their records is what you get in the live settings. I’ve always admired that — they don’t do something on record that they can’t do live. I love the energy of bands like Motorhead, The Ramones, The Misfits and Clutch. When you hear those band’s records you know they can pull all of that off live — that’simportant to me. I’m a rock ‘n’ roll fan that grew up on AC/DC, Rainbow, The Ramones, and Black Sabbath — that music is embedded in me and it’s all I know.

Sleaze Roxx: One of the things that sets Beasto Blanco apart is the use of female background vocals. They work extremely well and they aren’t samples — which would becheesy.

Chuck Garric: That was part of the vision from the beginning. I wanted to do something different that would set a ‘party’ atmosphere. I wanted to create this music that made you move, that made you feel part of something — pump their fists and scream along with the band. The very first song that I wrote for the Beasto Blanco record was “Breakdown”. I wanted to put a female background vocal in there. That song right there set the tone for the rest of the record, which was to make a record that sounded sonically amazing and would let the listener’s mind run wild. I wanted to take people away.

Sleaze Roxx: You mentioned “Breakdown”, which is a standout on the album. I also like “Motorqueen”, which is groove oriented, and “Beg To Differ”, which is the track that is most reminiscent of Motorhead.

Chuck Garric: I love “Motorqueen”, it’s one of my favorite tracks. I love the title, I love the groove, I love how mechanical it sounds and I think it fits with the lyrical content. The song comes alive — the story is of a woman in an American flag body suit, smoking a Marlboro, and driving a ’50s boxcar. I really wanted to take the listener away. The song “Beg To Differ” is more of a straightforward type of rock ‘n’ roll song with a Motorhead type feel — that’s what I wanted to convey. I think it also has this Ted Nugent “Motorcity Madhouse” vibe to it. 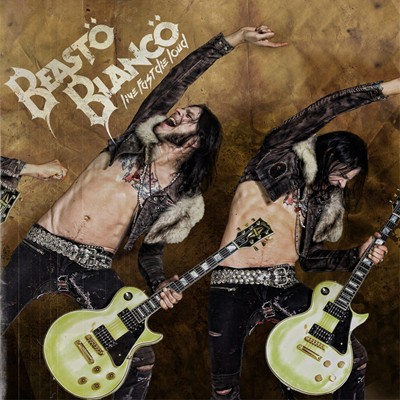 Chuck Garric: It was one of those things, when it came time to come up with ideas for the album cover, the one idea that I couldn’t get away from was paying homage to an artist that influenced me and changed my life — Ted Nugent was one of those guys. Ted Nugent was my first concert as a kid. I have found memories of my brothers cranking Ted Nugent records when I was a kid. He means a lot to me musically and as a friend. I wanted to recreate the ‘Free-For-All’ record cover and I wanted the older fans to say, ‘hey that reminds me of the Ted Nugent record cover!’ I also wanted the kids that aren’t familiar with that record cover to have the same reaction and feeling that you and I had when we saw that Ted Nugent album for the first time. I didn’t want to buy into what people think is typical rock ‘n’ roll today. I feel that, though we are rock ‘n’ roll, we aredifferent than any other band.

Sleaze Roxx: Beasto Blanco is a band and not just a ‘project’, correct?

Chuck Garric: You’re correct — this is absolutely a band with members and not a project. We have tours booked, we have videos that will be released, and we plan on giving people an opportunity to get familiar with us.

Sleaze Roxx: One would assume that at some point we might see you doing double duty if Beasto Blanco were to open for Alice Cooper.

Chuck Garric: Hey man, wouldn’t that be something special? That’s not up to me, that’s up to Coop and management. Who knows what will happen? I’m having the time of my life playing with Alice Cooper. I’m forever grateful — he’s a mentor, a teacher and a good friend. I’m grateful to guys like Alice Cooper and the late great Ronnie James Dio for all that they’ve given me throughout my career. Right now Alice Cooper is firing on all cylinders and we’re having a blast on tour!