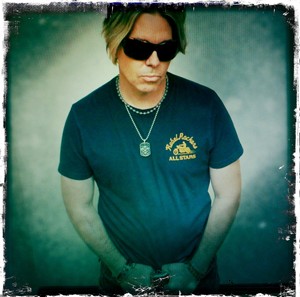 David Henzerling (aka David Michael-Philips), guitarist for the newly reunited King Kobra, took some time to speak with Sleaze Roxx about the band’s brand new self-titled album. Henzerling, as some might already know, was in an early incarnation of Keel, Schoolboys when they became Icon, and is a member of the ’80s revival band Big Cock with current Warrant vocalist Robert Mason. In addition to the aforementioned, David also has another project called Tunnel who released a self-titled album in 2010. ’80s hard rock and L.A. metal fans know the stories behind King Kobra’s ‘Ready To Strike’ and ‘Thrill of A Lifetime’ albums, so we picked things up from ‘King Kobra III’ to the present day — enjoy the interview.

Sleaze Roxx: The readers are pretty familiar with King Kobra through ‘Thrill Of A Lifetime’. Let’s pick things up around the time of the ‘King Kobra III’ album because that’s where things became a little hazy for the fans.

David Henzerling: King Kobra went through a bunch of changes after ‘Thrill Of A Lifetime’. We came right off the road promoting that album in support of KISS and Johnny Rod left to join W.A.S.P. We went and got Lonnie Vincent, who would go on to become the bass player with the BulletBoys. We started doing some demos with Mark Free but his heart wasn’t in it — in fact I don’t think he was really into it at all, I think he would have liked to have been in a band that was more like Foreigner. The heavy stuff didn’t appeal to him, but ironically I feel that’s his best work. Eventually Mark just up and quit, so we got Lonnie’s friend Marq Torien. We did a few live appearances with this line-up and we recorded some more demos in hopes of getting another record deal — but we did not.

Shortly after, Carmine Appice started the Blue Murder thing so we got another drummer. I personally didn’t get along with Marq Torien so I later bowed out — when I left that was the beginning of the BulletBoys. Later on Carmine and I took some of the previous King Kobra demos and got another band together. Carmine knew John Edwards, who was singing for a band called Northrup. Jeff Northup, the guitarist and bass player, came on board and finished the King Kobra album with us and that’s the story of ‘King Kobra III’.

Sleaze Roxx: That album, despite not receiving the same amount of attention as the previous efforts, did have a number of great songs on it. My favorites on that particular album are “Take It Off”, “It’s My Life” (which was written by Paul Stanley and Gene Simmons and previously used on a Wendy O. Williams album), and “Meanstreet Machine”.

David Henzerling: I liked that album. I worked on demos with Carmine and we brought in the other guys to complete the album — I think I played bass and guitars on about half of the album. It was also kind of a mish-mash because Jeff Northrup wrote some songs and I played on his stuff too.

There was a version of “Take It Off” with Mark Free on vocals, which was in demo form when Gene Simmons was going to produce the album for his Simmons Records label — that obviously fell through. There was a version with Marq Torien on it, in fact the version on the album is the version we recorded with Marq but we took his vocals off and added John Edwards to it. “It’s My Life” went on there as a suggestion from Gene Simmons. He had produced the original version of “Take It Off” when we were supposed to be on his label. We were going to be his first signing to his label, but he went off to do another KISS tour and by the time he got back the band had broken up.

Sleaze Roxx: ‘King Kobra III’ was more like the debut album than the polished ‘Thrill Of A Lifetime’. 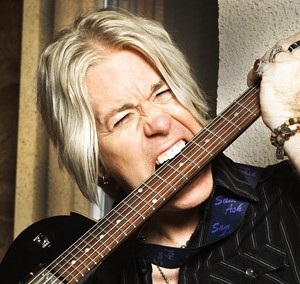 David Henzerling: People at the label wanted us to make albums that sounded more like Jefferson Starship’s “We Built This City” than what you heard on ‘Ready To Strike’. That really fractured the band. As you know we broke up, but I honestly feel that had we stayed together and rode things out we would have done pretty good I think.

Sleaze Roxx: You have kept busy throughout the years with other projects, one of them being Big Cock with current Warrant singer Robert Mason.

David Henzerling: I have. I also played on Lizzy Borden’s ‘Master Of Disguise’ — I was asked to join the band but I declined. I stuck around L.A. playing with other bands for a couple more years and then I got married and didn’t play music for about 5 years. I raised kids, went back to college, and as soon as I was able I started playing music again.

The first thing I did was the band with Robert Mason — Big Cock is a fun band, it’s us just raising the middle finger at everything and doing music that we want to do. In the beginning it was released as a goof — on the first album there were no names attached, no pictures and before you knew it people figured out who the guitarist was and who the singer was.

Sleaze Roxx: What’s in the works for Big Cock?

David Henzerling: We’re working on a new album right now. It’s hard to say when it will be completed because we have to work around each other’s schedules. Realistically, I have to say that you might see it by the end of the year.

Sleaze Roxx: When you and Carmine Appice reconvened, did you approach Marcie Free about doing the new King Kobra album?

David Henzerling: I didn’t think that Carmine and Marcie were on very good terms — I wouldn’t say that they are on bad terms, I just feel that Marcie isn’t interested at all in hard rock… and she never was. I wouldn’t have even assumed that she would do it, even if Carmine had mentioned that he wanted her to do the album. Originally I made it clear that I wouldn’t do it unless it was the original band that did the first two albums. I knew in the back of my mind that Marcie wouldn’t be interested but if we got Johnny Rod and Mick Sweda back then we could get a singer, but I had no idea who that could be because those are some pretty big shoes to fill. Carmine mentioned Paul Shortino and I was interested. I went to Las Vegas to meet with him and we really hit it off. He’s like the singer we should have always had.

Sleaze Roxx: Paul Shortino sounds great on the album — he sounds as good as he did on the first Rough Cutt album.

David Henzerling: I agree, the guy is fantastic. He’s one of the nicest people that you’ll ever meet.

Sleaze Roxx: Getting to the new self-titled King Kobra album, it’s a surprisingly strong effort. I say that because of the gap between albums.

David Henzerling: I don’t know why it wouldn’t be a strong album, because it’s the same guys. This was a great opportunity to show people that we still have it and this is what our second album should have been. In this day and age you don’t have to pander to anybody — we set out to do what we would still be doing had we had been doing it since our debut album. This album has a mid-’80s sound to it, but that is exactly what we wanted to do. Frontiers Records encouraged us to do what we do and not reinvent the wheel.

Sleaze Roxx: My only reservation was the fact that Carmine Appice put together an album called ‘Hollywood Trash’ in 2001 under the King Kobra name with Kelly Keeling. It’s not a bad album, but it just wasn’t King Kobra.

David Henzerling: Carmine had asked me to do that album and nobody else had signed on to do it. I was in the band from the beginning to the bitter end — I stuck with the band longer than anybody else, except for Carmine. I asked him who was going to do the album, when he said Mark wasn’t doing it I said, “then why even do it then?” Carmine mentioned that he wanted to use Kelly Keeling and I said, “I don’t even know who that guy is! You can count me out!” (laughs) Ironically, I later got to know Kelly and he’s a great guy — I love that guy to pieces (laughs)! I’ve done some stuff with him, I love him, but I think Carmine should have called that album something else other than King Kobra.

Sleaze Roxx: How did you divide the guitar work on the new album? 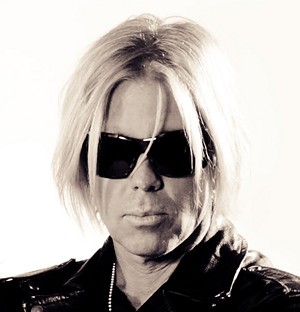 David Henzerling: I’ve never been a very competitive guitarist, and neither has Mick Sweda — that’s really nice when you’re in a two guitar band. I was in Keel years ago, then there was a band here in Phoenix that was called Schoolboys which evolved into the band Icon and Danny Wexler and I were the guitarists in that band, and sometimes the competitive thing works and other times it doesn’t. In King Kobra Mick and I have a tremendous amount of restraint based on what the song calls for — it was really a nice give and take on this album.

Sleaze Roxx: It sounds like, from what I have heard from you, Carmine and Paul, that this album was put together painlessly.

David Henzerling: Right, there was no drama on this album. Everyone did their part because we all wanted to do it.

Sleaze Roxx: Is there a chance that we’ll see you take this on the road? By that I mean in either a festival setting or multi-band package?

David Henzerling: Unfortunately the days of pilling on a tour bus and touring for 3-6 months don’t exist anymore. Robert Mason and Warrant don’t get on a tour bus and go anywhere, they’ll fly in for a state fair on a Friday and come home on a Sunday. They can’t stay out on the road — there’s just not enough gigs and there’s not enough money to support that kind of thing. They are a legacy act that can get a decent fee for the shows they play. King Kobra never reached that plateau so we can’t command anything near that. It’s very difficult to get five people who live in different parts of the country together. I’d love to say that we’ll be doing some live shows, but the economic reality is that we might not.

Sleaze Roxx: What about new music — is any of that in the works?

David Henzerling: I’m always writing — all the time. I’ve done three Big Cock records, I’ve done a King Kobra album and I’m also in a band called Tunnel that I did last year. I’ve done five records in the past 5-6 years, and like I said, we’re working on a new Big Cock album right now. If the King Kobra thing comes around again I’m ready with a bunch of new ideas and material. It’s all good.