David Reece has returned! As the vocalist in bands such as Bangalore Choir and Accept, David got to take his music to fans around the globe. In recent years he has kept a lower profile, but all that has changed. He is fronting a band out of Sweden named Gypsy Rose (www.gypsyrose.se) which will release their Another World CD later this month on Escape Music (www.escape-music.com) and is also working on a solo album. The recent Bangalore Choir reunion has taken a back seat, but as shown in this exclusive interview, that isn’t slowing David down at all.

Sleaze Roxx: How did you get involved with Gypsy Rose?

David Reece: I have a friend in Minnesota I used to play in a band with and we decided to record for personal reasons as his health is failing and we thought it would be cool. So after we finished he posted the tunes on myspace and Khalil Turk of Escape music heard it and contacted me.

Sleaze Roxx: Did Khalil have you in mind to sing for Gypsy Rose from the start?

David Reece: No, he actually first inquired about a group called Wild Kardz but they decided to proceed with the original singer.

Sleaze Roxx: When you hooked up with Gypsy Rose were the songs already written?

David Reece: There were some, but luckily Martin Kronlund and I hit it off and started writing together and it really started to take shape and so I was part of about 70% of the writing on the new record.

Sleaze Roxx: Was there any trouble communication wise writing with a guy from Sweden?

David Reece: Not at all as Martin had studied English in England as a boy and the rest of the group speaks English really well.

Sleaze Roxx: For people that haven’t heard of Gypsy Rose before, how would you describe the band’s sound?

David Reece: For me Gypsy Rose has that classic Euro sound, ala guitars and melody, which I absolutely have loved all my life and feel my voice works well with.

Sleaze Roxx: It kinda reminds me of Whitesnake at times!

David Reece: Thanks I’ll take the compliment as I’m a Coverdale fan.

Sleaze Roxx: Do you consider this to be a permanent gig or are you just filling in for an album?

David Reece: I’m at the point in my career where I need to have a permanent place you know? I spent a lot of time overlooking the good and leaning on the bad throughout my career, so yeah I’m here to stay, God willin.

Sleaze Roxx: The CD comes out on June 20th, what have you set up promotion wise? Any tour dates lined up?

David Reece: Yes we are actually doing Rocklahoma on the 13th of July and my management T-rock is working on a European tour for the fall and we would like to come back over to the States after that, and Martin and I somehow are going to squeeze in a new record.

Sleaze Roxx: Will you sing some of Gypsy Rose’ older material or some of your previous material in the live shows?

David Reece: No, we decided to showcase only new material.

Sleaze Roxx: How well would a tour like that go over in the USA? Are American fans finally starting to come back to rock music? 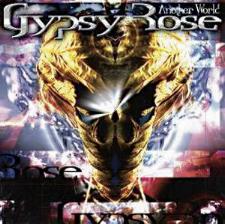 David Reece: I think so. I’ve seen a resurgence in the rock scene over the last few years here but in Europe its always been strong. It seems like America changes with the fads to quickly.

Sleaze Roxx: Have you and Martin already begun writing for the next album?

David Reece: Yes and we also have some tracks from Another World we didn’t put on so we might use them, or I’m gonna fight for them for my solo record!!!! ha ha

Sleaze Roxx: What have the guys at Escape Music been like to work with?

David Reece: So far so good, obviously all the labels have the jitters especially with all the downloading.

Sleaze Roxx: With you being in America and Martin in Sweden, how do the two of you work together? Is much of it done through the internet?

David Reece: Some, but I’m still learning the ropes, like this tech we are communicating on you know? I’d rather do the most of the music in person but this tech really helps, like in the middle of the night, and we have ideas to share.

Sleaze Roxx: You mentioned a solo album. You must be on a creative streak.

David Reece: Well I’ve been working on it for some time and yeah I’m at my best when my life has chaos!! It seems to keep me in focus.

Sleaze Roxx: Speaking of chaos, what is happening with the Bangalore Choir reunion that had been talked about?

David Reece: Ummmm well there are many factors. Some were illnesses and honestly I’m not about drama and it seems like the drama beast was awakened. That’s the thing about rock-n-roll, the focus is and always should be the music. So we all felt it was best to call it a day for now. I love John Kirk as a bro and his writing talent and wish him great success!

Sleaze Roxx: So at this moment it’s fair to say that Bangalore Choir is inactive until further notice?

David Reece: Yes it is, I hate it but things happen for a reason and it has actually pushed my focus back to Gypsy Rose and promoting the record.

Sleaze Roxx: I have to ask a couple Accept questions, how did you get that gig?

David Reece: I have a friend, Lucy Forbes, who knew Dieter Dirks and she knew he was looking for a singer and she hooked us up.

Sleaze Roxx: I like the Eat The Heat disc myself, but you were replacing one of the most unique voices in rock. Did anyone, including yourself, actually believe the fans would accept a new singer? 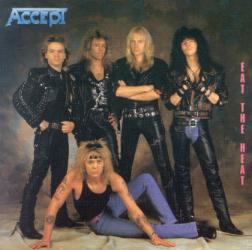 David Reece: We had high hopes you know! One night while we were recording vocals Dieter stopped the tape and said, “you know if this fails it’s gonna be your fault and mine!” But deep down I know Udo Dirkschneider is, and always will be Accept. Strangely Udo and I are good friends to this day which I’m grateful for, the dude is savage!

Sleaze Roxx: How difficult was it for you stepping into a position like that? It was almost a no-win situation regardless of how good the music you made was.

David Reece: It’s terrifying you know? Here I am a nobody in a world wide act with all the pressure that comes along with it. But you know its like sticking your head in a lion’s mouth, if he bites down well there goes your fuckin head, know what I mean?

Sleaze Roxx: Out of all the music you’ve released, what are you most and least proud of?

David Reece: I truly love the new Gypsy Rose cause for the first time I haven’t let myself be led around by the nose from label dicks and have truly stood for what I feel is the best of me. Before, with earlier records, I let people lead me around and wasn’t brave enough to stand up to it partly because when you’re signed you don’t want to rock the boat. So my failures are my fault, but each of my records have moments of pride. Oh and that little band from Seattle didn’t do much for metal eh?

Sleaze Roxx: When the Bangalore Choir CD came out the musical tides were already beginning to change. How discouraging was that time for you?

David Reece: It was terrible. You know I did dig some of the Chris Cornell stuff but it was like here today gone later today! You learn who your friends are and dude there ain’t many in the music biz when they start losing cash! I should of focused on Europe as the record did really well there, I just thought the whole world hated Metal!!

Sleaze Roxx: When I interviewed Ian Mayo he said there was “a lot of inner turmoil” in Bangalore Choir back then. Would you agree?

David Reece: Oh yeah created by ourselves and shitty management! He hit it right on when he said after we started to drink sometimes it came to blows! Ha Ha boys will be boys!

Sleaze Roxx: How caught up did you personally get in the whole rock n roll sex and drugs scene?

David Reece: Like everyone else, the girls were everywhere and the blow was like cheerios! It’s funny now that I’m sane to realize how we actually believed that we had to carry on in that way to be cool. Crazy times Skid, crazy times, whew!

David Reece: Yeah, I drink a few now and then but thank God that shit’s behind me! Cocaine is a lie and an evil traitor!

Sleaze Roxx: What are some of your most outrageous stories about life on the road?

David Reece: Oh god! One night in Cleveland this chick knocks on the bus door, so being a gracious host I first had to escort her through the bible thumping crowd that had gathered out front. When she got on the bus she was quite emphatic to the point she wasn’t leaving until she had rendered service to each bloke aboard! All the while her normal girlfriend sat in front explaining, “Oh she’s cool, she’s just a nympho”, whatt!!!! You should have seen the look on the bible thumper’s faces when she split, priceless! It was as if Satan himself was amongst them. Maybe she was?

Sleaze Roxx: What final words would you like to say to your fans out there?

David Reece: When I did Sweden rock last summer I was stunned at the amount of people who wanted autographs and were happy to see me on stage, it really has made this journey worthwhile!

Thanks to David Reece