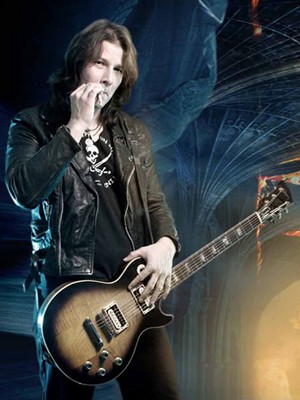 Primal Fear are extensively touring North America behind their upcoming Live In The USA CD and Live In Europe DVD releases, both due in North America on June 22nd. Primal Fear played for the first time in Portland, Oregon on June 4th to a small group of fanatics. Despite the low turnout for the show, Primal Fear persevered by playing an energetic 75 minute set. Ralf Scheepers and Co. gave it their all and the audience showed them love in return. Stepping into the second guitar slot next to Henny Wolter is Alex Beyrodt (Voodoo Circle and Silent Force), as he took over the spot vacated by Magnus Karlsson — and he fit in perfectly. Some of the standout tracks in Primal Fear’s set were “Fighting The Darkness” and “Seven Seals”, both with Pamela Moore, as well as “Battalions Of Hate”, “Six Times Dead” and “Metal Is Forever.” Hopefully you also got the chance to see them on this tour as they are a tight, phenomenal live band.

I had the opportunity to talk to guitarist Henny Wolter about their U.S. Tour, building the fan base in North America and their upcoming live releases. Singer Ralph Scheepers and special guest Pamela Moore also kicked in a comment or two — check it out and enjoy.

Sleaze Roxx: You’re about halfway through the North America tour. How have things gone so far for you guys?

Henny Wolter: Very well so far. We love the people here in America, they are very enthusiastic as you saw tonight — we had a small audience. Tonight was the smallest audience that we have played in front of on this tour. Last year in New York and in Los Angeles we had about 300 turn out for each, so we’ve done pretty well. We’ll be alright. It’s a non-profit thing for us.

Sleaze Roxx: It’s to build the fan base?

Henny Wolter: Exactly. We want to get the word out and build the fan base in America.

Sleaze Roxx: I was talking to your tour manager Justin after your set about the low turnout. I would have loved to have seen another 100 or so more bodies, but like you said, it’s about building the fan base. While it was embarrassing on our part that we were not able to get more people to the show you guys delivered the goods tonight.

Henny Wolter: Oh absolutely, we give our best each and every night. We are building this thing right now. It’s about playing a good show and people will tell their friends and the next time we’ll see some new faces. Word of mouth is still a great form of promotion. That is our way, through word of mouth, through the internet, that’s the way to achieve it. Listen, we know radio isn’t going to play this kind of music and we aren’t going to get music videos played anywhere. We’re aware of that fact so we have to do it this way.

Sleaze Roxx: Correct me if I’m wrong, but the last time that you toured extensively in the United States was in 2003. You’ve done some select appearances since then but not toured in length. Why has that been?

Henny Wolter: No, a complete tour — there were several dates. This however is our first time in Portland, Oregon. In 2003 Primal Fear toured extensively with Testament. I wasn’t in the band at that time because I left for a period of time. We’ve done a couple of festivals in the U.S. — we played the Milwaukee Metalfest and the New Jersey Metal Meltdown. We did a tour last September, we played Los Angeles and New York.

Sleaze Roxx: You hit the major markets on that one? 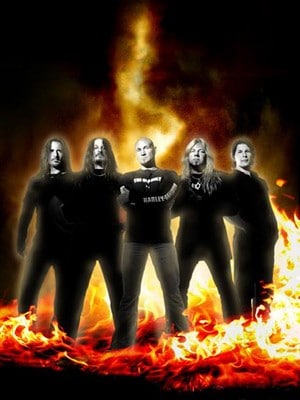 Henny Wolter: I wouldn’t say that. We did about a dozen shows or something. We also played Springfield, Virginia too. So the fact that you weren’t aware that we played all those dates goes to show just how bad the promotion was.

Sleaze Roxx: Well to be honest, in the past 10 to 15 years Portland has been passed up by many bands and tours. We’re just not a major market anymore. Bands play Seattle and skip right over Oregon and play in California or Idaho after their Seattle dates.

Henny Wolter: That’s what I have heard. We’ve heard that quite a bit on this tour in some of the other cities that we’ve played. People tell us, ‘Wow, it is so rare that we get to see European bands like Primal Fear play in our area.’ I heard that when we played in Cleveland, Ohio, Louisville, Kentucky and Lincoln, Nebraska . It was great to meet the fans in the Midwest — they went crazy at our shows. The reaction was very positive and this just goes to show that we need to play here more often and build that fan base.

Sleaze Roxx: I think power metal bands have been getting a nice turnout with each and every live appearance. Two examples that come to mind are Iced Earth, who are an American band who have been around for sometime but have been unable to tour extensively in their own home country until the past three albums. Another is Edguy, who have picked up some good momentum — they’ve played in Portland for their last three releases. I think Primal Fear can do what these band have done — this is just the beginning.

Sleaze Roxx: You have a live album, Live In The USA, set for release. Is that the complete audio from your Progpower USA appearance last year?

Henny Wolter: The CD is the complete Atlanta (Progpower USA) show. It was such a wonderful evening in front of a great audience — it was good that we captured it. I think you’ll like that album, it captures the band dong what we do best — playing live. It is a real live album too (laughs).

Sleaze Roxx: Also for release on June 22nd is an accompanying DVD Live In Europe. When and where was that primarily shot?

Henny Wolter: That performance was taken from a show recorded later in the fall of 2009 in Switzerland. We have tons of hand held camera footage shot by the band, the band on the tour bus — there’s footage shot on the road in Latin America, stuff from Bogota, Columbia, Mexico and more. It’s a very good DVD for your collection. We are very happy with the result.

Sleaze Roxx: You have Pamela Moore out on this tour with you. How did you guys retain the services of Pamela Moore? And how has her performance of “Seven Seals” and “Fighting The Darkness” been going over with the audience?

Talk about perfect timing, as I asked the question Pamela Moore wanders to the front of the bus where the interview is taking place. 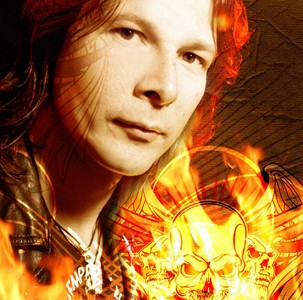 Henny Wolter: I think her performances have been going fantastic. Well, why don’t you ask her?

Sleaze Roxx: I sure will if you don’t mind, and then you can confirm that her story is legit.

Henny Wolter: (laughs) Oh, of course I will confirm!

Sleaze Roxx: Pamela, as Henny was stating earlier, this particular tour isn’t the money maker. This is a tour to build the fan base and get the word out. Is that the case with you as well?

Pamela Moore: Yes it is. Being out on tour with a band like Primal Fear is awesome promotion, especially since I have a record coming out soon. I think it’s a win-win situation for me. I get to be in front of a crowd that may not know me outside of what I’ve done with Queensryche. When I come to their town they may come out and see me because they saw me not only with Queensryche but with Primal Fear. There has been a lot of give and take on this tour.

Henny Wolter: It is a win-win thing as soon as she comes out, people are like, ‘Hey that’s Pamela who is Sister Mary!’. It’s great to see the look on people’s faces that didn’t know that she was going to be featured in the show. Everybody knows who she is — it’s great.

Pamela Moore: I met Ralf Scheepers through MySpace and just by chance, when I was touring with Queensryche Primal Fear opened for them when we played in the Czech Republic in 2008. The friendship just grew and then I wound up doing some recording with Ralf on another album where I did a duet with him. Then they were going to do the show in Atlanta (Progpower USA) and I was doing some recording there with another band and was asked to do the show with them. Things just evolved and grew from there.

Sleaze Roxx: That’s just great how all of that worked out and you fit in well with this band too.

Henny Wolter: We have become close since that time in 2008. We see her all the time overseas during festivals when she is playing with Queensryche.

Sleaze Roxx: I think it was just fantastic to see you guys — to come out with the level enthusiasm and energy that you did despite the smaller venue. Thank you for the memorable show. I’ll be coming back again and again.

Pamela Moore: They’ve always been that way, and I’m glad that more people in the U.S. had the opportunity to see and hear for themselves.

Ralf Scheepers: This tour is an opportunity to get our foot in the door.

Sleaze Roxx: Right, I hate to see great bands get discouraged by lack of promotion or because things didn’t click.

Henny Wolter: That will not happen to us, we’ve been around way too long. We won’t allow it. We’ve played all sorts of scum holes and toilets all over the world during our career.

Henny Wolter: Without a doubt in terms of sound and technique…

Ralf Scheepers: We can play Wacken in front of 25,000 people or we can play in clubs in front of like 100 people. That won’t put us down. We give everything because we love what we do and we love the music. We’ll be back in America very soon.

Sleaze Roxx: Thanks Henny, Pamela and Ralf. Safe travels on the rest of this tour and we’ll see you next year.

Thanks to Dustin Hardman @ Frontiers Records US promotions, Primal Fear tour manager Justin Morey for coordinating the interview and Henny Wolter for taking the time to answer some questions.