“It would have been great to work with Bob [Ezrin], simply based on his track record. I mean the guy worked on ‘Welcome to My Nightmare’ for God sake! When he mentioned the name change, we knew it just wasn’t going to work out. Then the label suggested Ted Templeman, another guy that had this great track record and history. 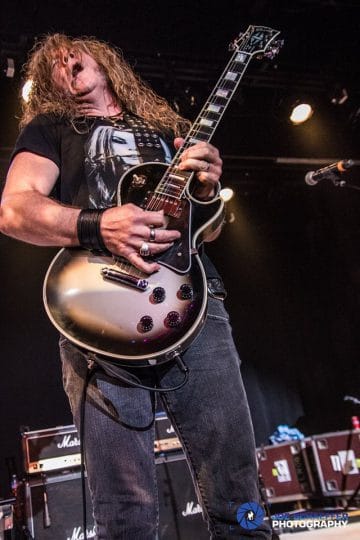 The problem was that if Ted didn’t want to come in on a certain day, then we were burning $2,500 a day! I don’t have the exact figures, but if that first record cost us less than a million dollars to make, I’d be shocked! That also includes videos and everything else that made that record happen. I think that pretty much needed to go double platinum to be able to recoup anything from the making of that album,” sighs guitarist Mick Sweda.

Sleaze Roxx: There’s killer tunes on the debut album — obviously “Smooth Up [In Ya],” “Hell On My Heels,” “Hard As A Rock,” amongst them. Who brought up the idea of covering “For The Love Of Money?” Was that something you played before getting signed, or what’s the story behind that?

Mick Sweda: If you remember, Marq was in King Kobra for about as long as it would take you to drink a cup of coffee! I distinctly remember going to Tower Records and buying the O’Jays’ single, I thought this guy’s wheelhouse, is R&B. He can sing his ass off. I thought Marq could do a great rendition of that. It was around 1986 that I made a demo of it and had it laying around. I could never get Marq to come and sing on it. For whatever reason, he was too busy or he was doing something else at the time. So, that demo just sat on my 4-track and when we were recording the first record, Ted pulled me aside and said, “Mick do you have any other songs? We need to maximize our efforts here.” I pulled out this cassette. So I’m scanning through the demos and then that song comes up, I tried to hit the pause button! I knew that if he heard that song, he’d like that song and the other guys would be like, “What the fuck Mick! We don’t want to do covers [laughs]!” I wasn’t quick enough and Ted says, “Whoa! Whoa, wait! What is that?” So I explained it was “For The Love Of Money,” [that] I thought that Marq would blow that out of the water, but I didn’t think the guys wanted to do covers. Ted immediately replies, “We’re going to do that tonight [laughs]!” So that’s the story behind that. Now if you ask [former BulletBoys drummer] Jimmy [D’Anda], he’ll say that his previous band to BulletBoys covered it. I don’t recall that.

BulletBoys‘ “For The Love of Money” video (from album BulletBoys):

Bulletboys – For The Love Of Money (Video)

Sleaze Roxx: You went on to work with Ted Templeman for a couple more records. On ‘Freakshow’, you launched the record with “THC Groove” which was the lead single and video. On ‘Freakshow’, you had not one, but two covers and they were both singles and videos. Obviously, I’m referring to “Hang On St. Christopher” and “Talk To Your Daughter.” 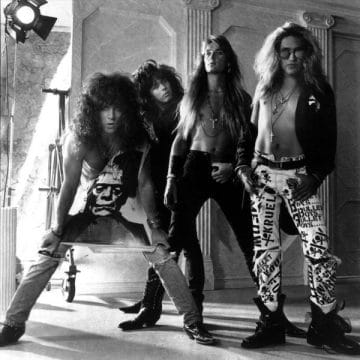 Mick Sweda: Yeah, that went against every fiber of my being. I was of the belief that the music that we were writing is what we should be putting out, not covers. If I want to go onstage and perform a song, I want to do one of ours! I’m not even considering the monetary aspect of it. I’m just referring to ‘pride.’ I felt that, you’re failing if you have to perform covers. Those weren’t covers that we had selected. Ted came in with “Hang On St. Christopher” much to my regret. I wasn’t much of a Tom Waits fan at that time. I hadn’t branched out that far at that point. When he played that tune, I thought “What the fuck is this guy thinking?” You’ve heard the original, it’s almost cacophonous — it’s a beautiful piece of music, once you comprehend it. Once I had laid down my tracks, we listened back and we didn’t hear a chorus, which the original doesn’t have a chorus. It’s just a bunch of fantastic verses. I came up with the chorus while driving up to the mountains and I brought that back to Ted and the band, and Ted loved it and that’s how we did that.

Sleaze Roxx: You took a blues tune with “Talk To Your Daughter” and ‘rocked it up.’ 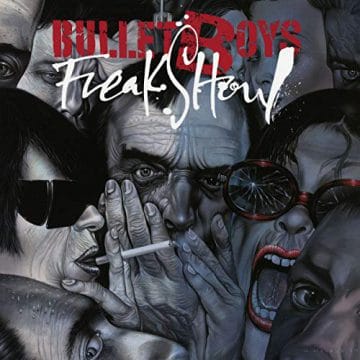 Mick Sweda: Yeah, with all due respect, I just hated doing it. I would go up to the mountains with friends. I got into a fight one time. I was getting harassed because of my hair and I punched this guy and broke my pinky finger! So the following Monday was the day that we were set to cut “Talk To Your Daughter.” Wouldn’t you know it, I had a broken pinky and that was the only song that I used my fingers to pick [laughs]! Oh, if you could have seen me, there I was with a busted, fucking pinky, tracking a song that I couldn’t stand in the first place! I was in hell [laughs]! Who was I to argue with a superstar producer as it was costing us $2,500 a day and I didn’t want to be the cause of him disappearing for that kind of money! So we cut the track, [and] made an expensive video that didn’t do anything for us. Ted played us a Robben Ford version of that song. I think had he played us the original by J.B. Lenoir, we could have done something that sounded closer to that. I would have liked that a lot more.

BulletBoys‘ “Talk To Your Daughter” video (from album Freakshow):

Bulletboys – Talk To Your Daughter (Video)

Sleaze Roxx: What are some of your personal favorites [songs] on ‘Freakshow?’

Mick Sweda: I liked the tone on ‘Freakshow’ I think it has grit to it. I didn’t have that on the first record. So I was really happy with the sound on that. I remember Jake E. Lee came into our rehearsal space one time and he said “Hey man, you really have to 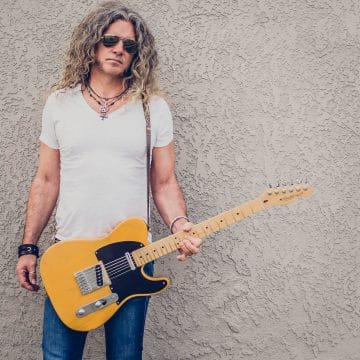 clean up that sound.” I was like, “No way, if I did that then I’d sound like you [laughs]!” So to get back your question, on ‘Freakshow’, I said fuck it! I was going to overdrive everything. It sounds ‘tortured’ at times, but that’s what I liked about it. I love to hear that amp, just suffering! The tone of my guitar is the highlight to me. The idea that the songs are rougher, edgier and meaner — I liked that a lot. Like you mentioned earlier, the idea of releasing “THC” was so apathetical to everything that we should have done at that time. It was basically shooting ourselves in the foot [laughs]! The label was against everything related to the song. It had these references. It didn’t have the right groove. It wasn’t this and it wasn’t that. We could see what was on the horizon the way music was evolving. There was certainly no way that we’d throw on some flannel shirts and shorts, and ride that wave. I think we wanted to throw a shank into what was happening at the time. We were proud in the sense that we were sticking up for ourselves and where we came from.

Sleaze Roxx: You mentioned ‘the flannel shirts.’ By the time ‘Za-Za’ was released, the exodus had taken place. What was the state of mind going into that album? You used Ted again. I’m sure you could have gone with someone else that would have gotten you an even ‘grittier’ sound.

Mick Sweda: As AWOL as Ted was on ‘Freakshow,’ and he was, his ‘care’ factor really plummeted at that point. By the time we went in to do ‘Za-Za’, it was at an all-time low. To see him in the studio during the making of that album was ‘unique’ to say the least. Going into that record, the band was fractured. We were going to have to keep our heads above water if we were going to survive the musical climate and we weren’t going to change who we were. We were who were and we were not going to compromise. When I listen back to that record, I don’t think it reflects the turmoil that was happening within the band at the time. There’s some fans that prefer that record to the others. Overall, it was a tough record to make, but I like it.

BulletBoys‘ “Mine” video (from album Za-Za):