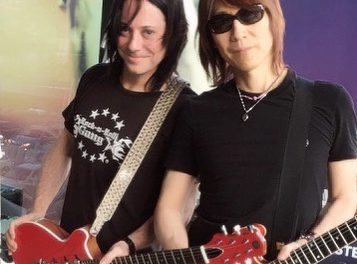 MANY ’80S HARD ROCK AND HEAVY METAL FANS WILL RECOGNIZE THE NAME TAKASHI O’HASHI FOR HIS IMPORTANT CONTRIBUTION TO THE BAND CATS IN BOOTS, WHOSE DEBUT ALBUM ‘KICKED & 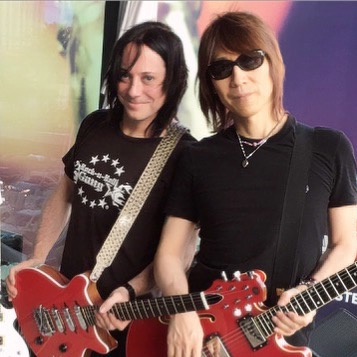 KLAWED’ CONTINUES TO BE ONE OF THE MOST REVERED DEBUT ALBUMS OF ITS GENRE. FOR THE LAST FEW YEARS, O’HASHI HAS BEEN BACK IN THE UNITED STATES OF AMERICA AND HE HAS NOW HOOKED UP WITH FORMER FASTER PUSSYCAT GUITARIST BRENT MUSCAT TO FORM A BRAND NEW GROUP CALLED ALLEY CATS LV. THE NEW “SUPERSTAR” GROUP IS SCHEDULED TO DO A SEVEN DATE TOUR IN JAPAN IN JANUARY 2017. SLEAZE ROXX CAUGHT UP WITH O’HASHI TO DISCUSS HIS NEW BAND ALLEY CATS LV AS WELL AS FIND OUT IF THERE IS ANY HOPE OF ONE MORE CATS IN BOOTS REUNION IN THE FUTURE.

Sleaze Roxx: Great to have you back in the North American spotlight. What prompted you to come back from Japan to the States in 2013 and why Portland, Oregon?

Takashi O’Hashi: In 2010, I finished making a solo album ‘Independent Souls Union’ which theme was a collaboration. I wanted to take my time to continue working on the collaboration style in the 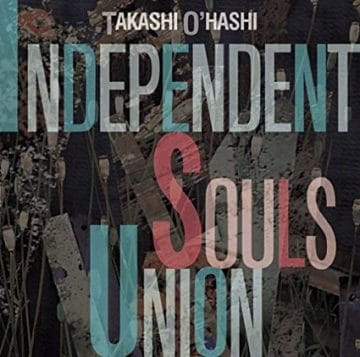 United States. That’s when a friend of mine introduced me to Casey Neill, who is a singer/writer based in Portland, Oregon. I visited Portland in April 2011 to meet him. The meeting went very well that I felt I could create very interesting music there. Moving to the States was a big challenge but I did it anyways.

Sleaze Roxx: I understand that you and Brent Muscat have known each other for a long time. When did the two of you first meet and how much contact did you two have before the apparent 20 year hiatus between the two of you?

Takashi O’Hashi: I knew of Faster Pussycat from their debut, of course. I believe it was around 1992 when I first met Brent. Back then, I was in a band called Slumlords. We had a photo shoot in William Hames’ studio in Hollywood, and that’s where I met him. I think we had a little chat then, but we didn’t have any communication after that for a long time, especially because I lived in New York at the time.

Sleaze Roxx: The East Meets West mantra — which is really cool by the way — that is being used for Alley Cats LV was used back in the day for Cats In Boots since the band’s demo in 1988 was called ‘Demonstration: East Meets West.’ Why have you decided to go back to that idea? 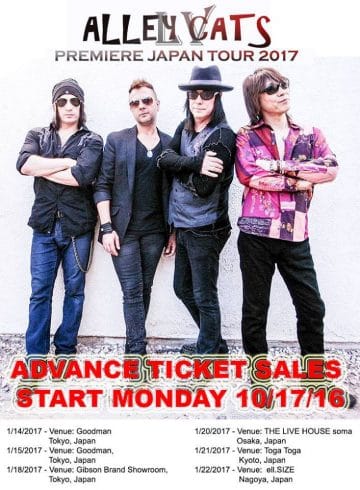 Takashi O’Hashi: It was Shion’s idea. We didn’t mean to go back to the idea of Cats In Boots, but the mantra is true for Alley Cats LV as well, so I think it’s fitting.

Sleaze Roxx: Alley Cats LV have a tour of Japan lined up in January 2017. Why did you decide to start touring in Japan first?

Takashi O’Hashi: My biggest fan base is in Japan. They always give me huge support, and are always interested in my next moves. I wanted to show them this new band I started before anywhere else. There are a lot of Brent’s fans in Japan as well. I’m sure they are waiting for his return to Japan.

Sleaze Roxx: Will Alley Cats LV be releasing original material and if so, what is the status in that regard?

Takashi O’Hashi: We have finished an EP with 6 new original songs.

Sleaze Roxx: What material can fans expect to hear from Alley Cats LV during the Japan tour in January 2017?

Takashi O’Hashi: They can expect new songs from the EP, as well as songs from Faster Pussycat and Cats In Boots. We will also cover some R&R songs, which is our roots. 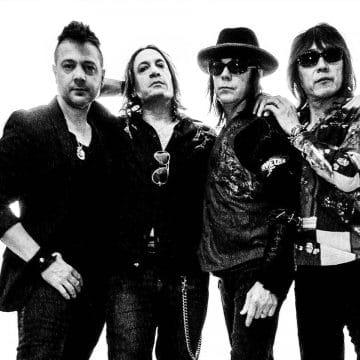 Sleaze Roxx: What are Alley Cats LV’s plans in terms of shows after the Japan tour in January 2017?

Takashi O’Hashi: I’ve been told we will have live shows in North America such as Las Vegas starting in April.

Sleaze Roxx: How did you first hook up with Babel Entertainment’s Shion Francois?

Takashi O’Hashi: I met him when Seikima II played in Dallas in 2010. He was the coordinator at the event.

Sleaze Roxx: You are probably best known in North American for your time in Cats In Boots which released the very good debut album ‘Kicked & Klawed’ in 1989. Why did the group disband and have you ever regretted that the band did not continue?

Takashi O’Hashi: Cats In Boots was a wonderful band, and I am proud of 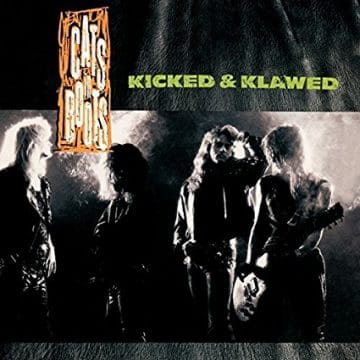 ‘Kicked & Klawed.’ Most of all, I believe it was a very important band in the sense that it was truly the first Japanese/American hybrid band in music history. I don’t regret how it ended at all. It was meant to be that way, and I wouldn’t be who I am now without it.

Sleaze Roxx: I understand that Cats In Boots did a mini-tour/reunion in Japan back in 2003. Was that the last time that the group played together live and if not, when was the last time?

Takashi O’Hashi: The reunion live was great. Everything was there including the energy. Unfortunately, we couldn’t find a way to the next stage from there. That was the true end of Cats In Boots.

Sleaze Roxx: With many ’80s hair metal bands having reunited in the last ten years or so, do you think that there’s any chance of a Cats In Boots reunion?

Takashi O’Hashi: Hair metal? There is no possibility of a Cats In Boots reunion. I live my life only looking forward. I will bring all the roles I had in Cats In Boots’ music to Alley Cats LV in more evolved ways. 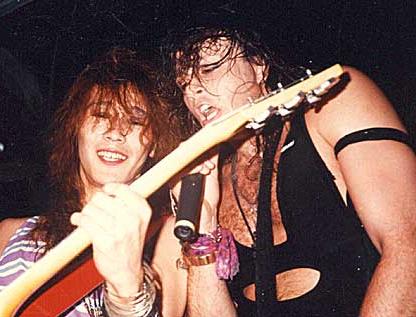 Sleaze Roxx: Most of your music career has been spent in Japan. What would you say are the main differences between the American and Japanese music scenes?

Takashi O’Hashi: That’s not exactly true. In my 31 years of music career, I spent 12 years in the States. The major difference between Japanese and American music scene is the language used after all.

Sleaze Roxx: Is there anything that we have not covered that you would like to add?

Takashi O’Hashi: I want to deliver Alley Cats LV’s music to everyone who loved Cats In Boots and its music. I hope everyone enjoys our music. This band is made of members with a love and passion for R&R music. Please keep your eyes on us.

Thank you to Shion Francois for all his assistance with the interview!