“I was just looking back at the performance [Keith St. John & Friends on the Monsters of Rock Cruise Facebook Page]. I think it turned out well, better than I expected. It was such a blast! I think we’ve going to do more. I wasn’t sure about doing it, but I’m so glad that I did. A great thing about yesterday [May 27th] was I’ve been friends with [guitarist] Dave Amato [REO Speedwagon] for years. We used to split the Cher gig. We’ve known one another for a long time. We’ve never played together until yesterday! As I listened back to the performance [“Bad Motor Scooter”], we have a great dual Les Paul thing going,” reflects guitarist Mitch Perry. He goes on to 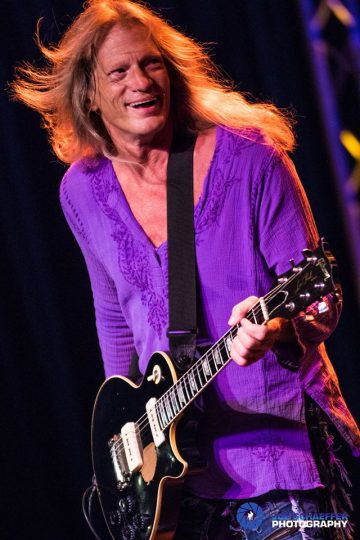 say, “We have a couple of pretty exciting things that are in the works for the band [Mitch Perry Group], that I can’t talk about right, but I will keep you posted, when I can share the news.” Mitch is back as promised, for a track by track of each tune on Mitch Perry Group’s ‘Music Box’ album.

“Saint Valentine” — “When I started to work on this record I knew that I wanted a song that was along the lines of The Faces or a Rod Stewart type of rock song. I like to write sometimes just in my head. What that means is no guitar in hand. I’m just working it all out in my head, I remember I was coming back from a gig in London. I put my headphones on without plugging them into anything, I literally wrote that song in my head on the flight home. As I hear the changes, I write the chords down, I came up with that little lick and then I sang it into my phone, so that I wouldn’t forget it. Then I start working on lyrics. When I got home I put it all together to see if it made sense and it did. I like the chorus on it, I think “Saint Valentine” was the obvious song to kick off the record.”

“Believe” — “I wanted a strong, one, two punch and I think “Believe” is a great that gave us that. I think it was great that Larry Morand played the video after the Keith St. John & Friends stream yesterday. He did it unrequested by us. I’m so grateful. That was great exposure for the] Mitch Perry Group. What Larry did there was very indicative of what we have seen from people that have heard “Believe.” The message is simple in the song. It’s about keeping the faith and hope that things will get better. It’s just so about what is happening right now.”

“In The Morning” — “I wanted a song that was in the style of Leon Russell, having said that our recording sounds nothing like Leon Russell [laughs]! I think if you gave this song to Leon Russell, he’d do a bang up job [laughs]! I love the chorus and I think you can hear the singers have a great deal of song with the verses. I like The Temptations style trade off in that and that’s exactly what we did. It turned out just like I had envisioned it.”

“Soul Stare” — “That’s another tune that was written very recently. In fact, I think that is the newest song on the record. The lick to that just came to me. It’s what I heard in my head. It has this really ‘swampy’ kind of southern rock kind of thing to it. I knew Shelly’s [Bonet] voice would be perfect for it. I didn’t want to have a typical arraignment, so we did that ‘outro’ which has its own entity, which has nothing to do with anything that came before it. I just love where that goes and it gave me an opportunity to play some of my most rockin’ guitar on the record.”

“Jumping Jack Flash” — “We have been doing this song for a while. This rendition has been developing over time from my live gigs. I mean “Jumping Jack Flash” is a great song, but I’m just so tired of playing it the way that they [The Rolling Stones] do 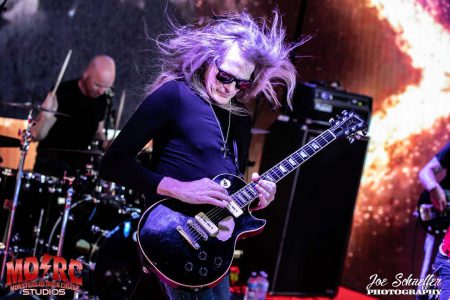 it. We have heard it thousands of times before, the piece in the middle, the breakdown, is reminiscent of [Peter] Frampton’s version, it’s not half-time like mine, but it ‘influenced’ what we did on it. I guess you could say we took where he [Peter Frampton] put his toe in the water and we went in with both feet [laughs]! We wanted something that sounded like it was influenced by Humble Pie. It’s part of our DNA.”

“Wasted Time” — “That was written at the tail end of a relationship, go figure [laughs]! Once again hats off to Keith [Englund] for singing the song the way that song needs to be sung. You know, now that I hear songs in my head, oftentimes, I hear the vocal and it sounds like Steven Tyler or Rod Stewart, on “Wasted Time” I heard Don Henley. It really is a song that sounds like it came from an album by The Eagles. Keith sounds like Keith. He doesn’t sound like he’s trying to emulate anyone. I love that. The end result is just so close to what I heard in my head, when I was writing it. I forgot to mention on “Soul Stare” and on “Wasted Time”, Doug Petibone joined me on them. He’s a brilliant slide guitar player. He’s worked with Lucinda Williams and John Mayer. What a monster player! He has a way of playing his pedal steel that is ethereal. I knew he was just what the doctor ordered on “Wasted Time.” We had to be careful with the pedal steel because it’s such a unique sound that it classifies you as ‘country.’ Doug plays in a manner that in going back and listening to “Wasted Time,” it sounds like Pink Floyd and The Eagles had a baby. That’s my take.”

“Pack It Up And Go/Remember Me” — “Pack It Up And Go” to me sounds like the most old school rock tunes on the record and it’s one of the newest songs on the record. I wrote that one at an airport lounge at 5:00 am, while waiting for a flight. There were like four of us there, so I went to a corner, I took my guitar out of the gig bag and basically came up the bulk of that song while at the airport. You’ll notice there’s a theme there! That’s two songs on this album so far. Now you know how we alleviate boredom while waiting for a plane [laughs]! I wrote the first part at the airport and I heard the lyrics of “Pack It Up And Go” in my head. When I brought it to the band and we started working it out with them, Dan McKay and Shelly helped out with the lyrics. 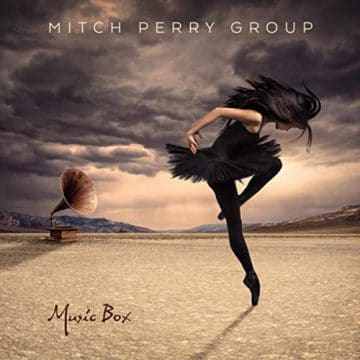 The stuff at the back end — “Remember Me” — I had actually written as an outro for another song, that goes back to my love for “Layla.” I think they work pretty well together, because they compliment each other. “Remember Me” has been around since the early 2000s.”

“The Pain” — “There’s a wild story behind that one. I race cars. I was in a road race in Fontana [California], we used the oval and the infield part of the circuit. It was pouring down rain. I wasn’t able to see, because I wore glasses when I raced and they kept fogging up when I was racing. I swore that I would get lasik, in the middle of that race [laughs]! That was it. I was doing it [laughs]! It just so happened that the day after the race I got this mailing from this lasik surgeon, I went to see him, I got the lasik and the first night of recovery, there was something going on that I didn’t think was normal. I’m in this agonizing pain, but I can’t touch my eye because you’re not supposed to touch your eye at all. If you touch your eyes, you could go blind yourself. I was up all night in this agonizing pain, I wasn’t going to call anyone at that time of the morning, so it became a song. Now I can see where you think it was written about a person, but that’s not it at all.”

“I Still Miss You” — “That one is pretty much a love/blues song. What I wanted was a Gary Moore type to it. I know that’s what you said you heard in that. I love that. Kara [Turner] did a hell of a job singing on that one. The end of the song has that Allman Brothers type ‘jam’ to it. When we play that live I think that’s going to go over big. We could make that into a 15 minute song live! I wrote all of these ‘rabbit holes’ into all of these songs, with the live setting in mind. What I really want is a ‘jam band’ with songs that they don’t have.”

You can check out more about the Mitch Perry Group via the band’s Facebook page.