CHANGING SINGERS IS ALWAYS A PIVOTAL STEP FOR ANY BAND. NORWEGIAN ROCKERS RAZORBATS RECENTLY GOT TO THAT CROSSROAD WHEN FACED WITH REPLACING THEIR LEAD VOCALIST EVAN BERG IN THE MIDST OF RECORDING THEIR NEXT ALBUM. THE BAND ALSO GOT A NEW BASSIST BY THE NAME OF CHRIS. AS SLEAZE ROXX STATED IN ITS REVIEW OF RAZORBATS’ FIRST FULL-LENGTH ALBUM ‘CAMP ROCK’, “IF YOU LIKE QUALITY HARD ROCK, YOU OWE IT TO YOURSELF TO CHECK OUT RAZORBATS.” WE’LL THROW IN ALSO THAT YOU OWE IT TO YOURSELF TO CHECK OUT THEIR NEW 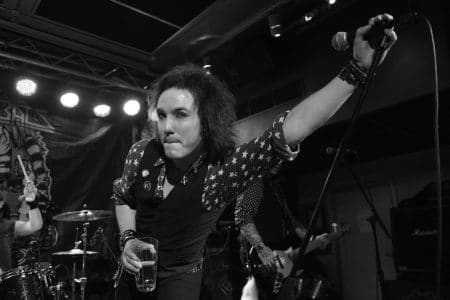 SINGER PAUL ERIK VERCOUTEREN, WHOM SLEAZE ROXX JUST HAD THE PLEASURE OF INTERVIEWING.

Sleaze Roxx: How did you end up joining Razorbats?

Paul Erik Vercouteren: It was pretty simple, really. [Razorbats guitarist] Kjetil [Wevling] called me, said they needed a new singer and would I be interested in trying out? I’ve had two bands running simultaneously for the last couple of years — as a drummer in Kill City Bandits and lead singer in Virginia Hill. At the point when Kjetil asked, we had basically just decided to put Kill City Bandits on hold, so I jumped at the chance, since I had the time!

Sleaze Roxx: What attracted you to Razorbats?

Paul Erik Vercouteren: Well, I have been a fan of Razorbats since I first heard them. They had the right references in their music. I could hear wafts of ’70s rock, power pop, punk and ’80s glam/sleaze, which are my favourite types of music. Plus, I’m not a million miles away from [Razorbats former singer] Even [Berg] in my way of singing, so I thought I could do it. After trying out, the other guys seemed to agree!

Sleaze Roxx: How long had you been with Kill City Bandits and will you be continuing with that band? If not, why not? 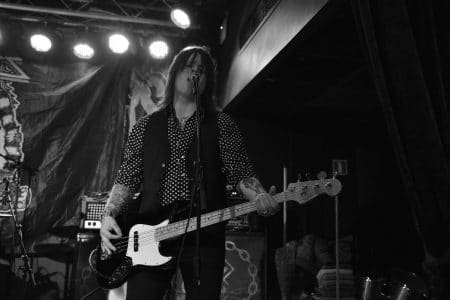 Paul Erik Vercouteren: Six years. Most of them fun, but it came to a point where we ran out of steam and money… The line-up wouldn’t stay stable and it all became too much of a hassle. We have an album finished, which will be released when we have the time. For now, both Chris and I are happy in Razorbats, Ulrik has plenty to do with his band For The Love Of Ivy. And things seem starting to happen for Biggs as well! But no, we haven’t quit!

Sleaze Roxx: What’s the music scene like in Norway?

Paul Erik Vercouteren: Lots of metal, indie rock and jazz. Electronic seems to strike a chord with people here as well. When it comes to plain rock, it is always supposed to be so “real.” No dressing up, shoegaze and blend in with the roadies. All respect to every roadie that has ever helped me, but I need my live bands to have some flash and style. So that’s what I have always been about. To bring more of that to the table — to many people’s enjoyment and to others’ utter irritation!

Sleaze Roxx: Why did Razorbats part ways with their previous singer Even Berg?

Paul Erik Vercouteren: That is something Even and Kjetil can answer better, but it was a friendly split. He didn’t have the time for it anymore and had to prioritize family before band, which is something we have to respect. I got his blessing and I wish him all the best! 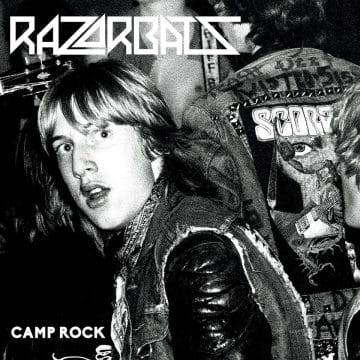 Sleaze Roxx: Razorbats’ music has a real ’70s feel and is different than what Kill City Bandits was coming up with. Where do you fit in terms of your music influences?

Paul Erik Vercouteren: I think it seeps through, that we share much of the same tastes in music. Actually, towards the end, Kill City Bandits was much more Faces than Mötley, put it like that! Kjetil and I are confessed popheads, but are total fans of KISS, Alice Cooper, Slade, Sweet, Cheap Trick and so on. Mix in some Ramones, Black Sabbath and sprinkle a little Poison on top!

Sleaze Roxx: I understand that Razorbats are in the midst of recording their next studio album.

Paul Erik Vercouteren: We sure are!

Sleaze Roxx: Where is the band at in terms of recording that album?

Paul Erik Vercouteren: Only the finishing touches left. It was pretty immediate when I joined. Learning the set and a whole record that I had never heard. But lo and behold; a couple of weekends later, my vocals were done. So there’s some choruses that need finishing, some percussion and additional guitars still to be done. We won’t rush it though, so as of yet the release date isn’t set. The new line-up has to gel and get ready first.

Sleaze Roxx: Will you get a chance to contribute writing wise to the new Razorbats studio album? 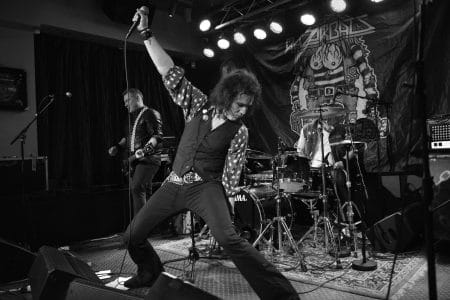 Paul Erik Vercouteren: I have always been involved with the writing in my previous bands, so I’ll help out here too if Kjetil wants. But it’s not like I feel I have to press my writing in, as I think he comes up with some killer stuff!

Sleaze Roxx: What are Razorbats’ plans for 2017?

Paul Erik Vercouteren: Rehearse, play some small scale shows, then a couple of festivals. Possibly a single, before the album. We’ll see, everything is pretty new yet.

Sleaze Roxx: Last question for you — what are your top three favorite all-time records and why?

Paul Erik Vercouteren: Alice Cooper’s ‘Hey Stoopid.’ Quireboys’ ‘A Bit Of What You Fancy.’ Ramones’ ‘Rocket To Russia.’ The first records that made me become a rock fan were Status Quo’s ‘Piledriver,’ Black Sabbath’s ‘Paranoid’ and Alice Cooper’s ‘School’s Out.’ But it was ‘Hey Stoopid’ that was the new album at that point, so it just stuck with me. After years of horror rock and heavy metal, I turned more to the rock n’ roll swagger such as Hanoi Rocks, Dogs D’Amour and Faster Pussycat. In that department, I just find ABOWYF perfect! Cool guys too, The Quireboys. And the Ramones just made all of that obsolete for a little while. I thought everything in my record collection up to that point was too slow after I first heard them. Luckily, I can dig it all equally now [laughs]!

A music video I made for Razorbats!all rights reserved