YES, IT IS TRUE. I PREVIOUSLY SPOKE WITH NOVA REX BASSIST KENNY WILKERSON BACK IN THE SUMMER OF 2017. A FEW THINGS HAVE TAKEN PLACE FOR KENNY IN THE LAST COUPLE MONTHS THAT I FELT THE READERS AT SLEAZE ROXX SHOULD KNOW ABOUT. KENNY BEING ONE TO NEVER SLOW DOWN WAS ALL OVER THE IDEA. KENNY HAD INITIALLY CONTACTED ME WITH SOME EXCITING NEWS, SO BEING ONE TO NEVER SHY AWAY FROM A GOOD STORY, IT WAS ONLY FITTING THAT WE SIT DOWN AND TALK. KENNY WAS EVEN KIND ENOUGH TO INCLUDE SOME PHOTOS OF HIS LATEST VENTURE. I THINK AS ROCK FANS THERE IS SOME PRETTY COOL MATERIAL INCLUDED WITHIN. PLEASE ENJOY. 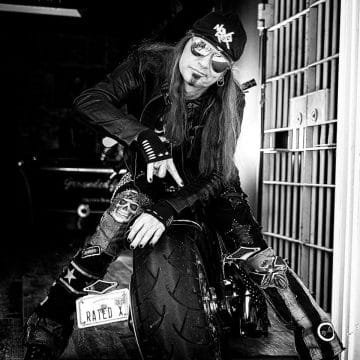 Sleaze Roxx: Hey Kenny! Great to talk to you again. We had just talked in the summer of 2017, but you have a few things going on right now that I thought we should touch on. First is a cookbook. I’ve heard there’s a good amount of prominent musicians that are taking part.

Kenny Wilkerson: It’s a cookbook for Autism. You know I’m still trying to get a few more guys [such as] Steve Vai. I’m working on Billy Gibbons [ZZ Top].

Sleaze Roxx: Who else do you have?

Kenny Wilkerson: I’ve got Ozzy/Billy Idol bassist Phil Soussan. Phil’s a good buddy of mine. You know with Phil, I could tell him about something and he’d have it for me in an hour.

Sleaze Roxx: I understand you have one of the Killer Dwarfs?

Sleaze Roxx: I believe there’s a guy from Kix as well.

Kenny Wilkerson: I’ve got Brian Forsythe. He’s a vegan so he included a vegan recipe. I’m just trying to wrap it up. This may be one of the coolest things I’ve ever done. I’m still holding out for a few big guys. The hard part will be the proof reading. I’ve got like 70 recipes to go through. This is going to be Vol. 1. I could release one every six months. A country one. A metal one. 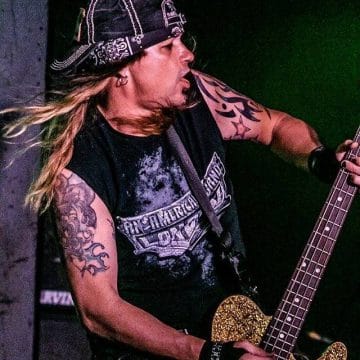 Sleaze Roxx: What are you thinking in terms of the the visual aspect of the book?

Kenny Wilkerson: It’s gonna have some kind a chick working over a grill. The yellow, red and say, “We Rock for Autism.” The back will have me and the chick and will then say “Members of these bands included.”

Sleaze Roxx: Oh that’s very cool. I look forward to that. Being a cook, I’m all over it. Let’s talk about the Hard Rock Hotel that just recently opened in Daytona, Florida, USA. I understand you have an affiliation with the Hotel?

Kenny Wilkerson: Well I went over there, you know just kind of for fun. March 1st was the opening. It was the soft opening. So the girl, Sandra, that worked on the whole thing contacted me on Facebook. They said “Kenny just come down and hang.” So I go down. I go in and they’re playing all the music related to the hotel. Guess what comes on? One song was me. My jacket — I gave to the Hard Rock in December 2011 and it’s in there. I actually looked it up. Sure enough, it was six years ago. So I’m close to Daytona. It’s my home base. I’m like 30 miles from there. It’s a hotel. Not like a bar or casino. The cool thing is it’s got a lot of Florida in there — Tom Petty, The Allmans, Jerry Garcia. Then you’ve got Rihanna, Shakira, Taylor Swift stuff too. They actually have Riki Ratchman. I know he’s not really a musician, but he’s done Headbangers’ Ball, The Cathouse. I believe it was his racing jacket. It’s got that Florida feel. There’s surfboard tables, stuff with Taylor Swift, Bette Midler as a mermaid… That photo I sent you is with Steve Vai’s motorcycle with the side car. There’s whole rooms dedicated to The Beatles, The Stones, Keith’s 1962  guitar. But you know there’s like six instruments in there.

Kenny Wilkerson: Yeah, really. There’s Hard Rock’s but not one like this. I’ve been to the one in Orlando. It holds 5,000 people. It’s got that Beatles white room. Been to Miami. Indianapolis — it’s a bit smaller. San Fransisco. This is different. 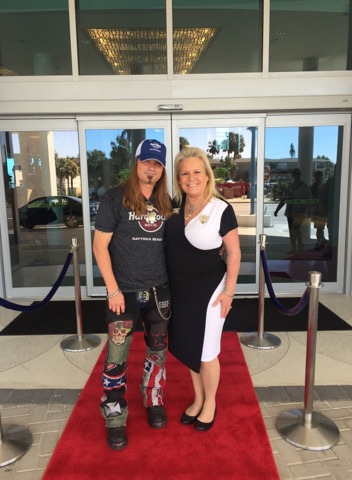 Sleaze Roxx: That’s quite a few you’ve been too. Wow!

Kenny Wilkerson: I will say this, I told them I might be up Friday. I had this interview to do an hour north. Then they called and said move it to Saturday. So after that, I thought I’d role in slow. Put on a baseball cap and sunglasses. I called them and said “I’ll be up there in an hour and we can meet up.” So I drove up with my girlfriend. They were doing a test run on me. So I pull up front and they role out a red carpet. It was out of control. So I wait in my car until they get the carpet role out with the red valor ropes, the stanchions. I walk in and there’s 20-30 employees there to greet me. I felt like it was my birthday. I told my girl “I’m a little embarrassed.” I felt like I was Nikki Sixx. It was cool. People clapped. They took me around. So we walk over to the gift shop. They say, “Here have a t-shirt, have a hat.” Then we go to the bar, they say, “Have a drink. Drinks are on us.” So I got to tour the whole thing. It’s a six storey hotel. Maybe seven. There’s a step up. We go out back. There’s a big ass pool [and] a cabana. A section of Daytona is officially their beach. They own that section. The locals used to drive cars on there. Not now. It used to be the Old Desert Inn. It was empty forever. When I was there, they seemed to just have a skeleton crew at the time. I would assume with it being Bike Week, they’re pretty busy.

Sleaze Roxx: Did they use the original structure from the old hotel?

Kenny Wilkerson: I believe they did use the original structure. They did lose some of the beach so you can’t drive out there. It’s good for Daytona. They’re bringing back money into the community. It’s not the number one place to go like it was in the ’80s. It’s not what it used to be. Of course, it is busy when there’s Bike Week, Spring Break, the Daytona 500… That’s about it. We may do some shows later. We’ll wait for them to work out all the bugs. Nobody is scheduled right now. There’s a 2,000 seat venue. 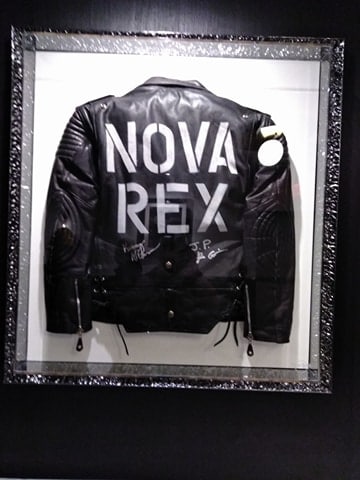 Sleaze Roxx: I know Warrant is doing a gig at the Hard Rock Hotel in Cleveland next month, so I would assume they would be playing there at some point.

Kenny Wilkerson: Yeah, I’m sure a lot of bands will be playing there. The cool thing also is that each room has a theme. There’s a Madonna room, an AC/DC room…. Your room tag/key has the band’s picture on it. There’s 200 rooms.

Sleaze Roxx: So Kenny, when is the official grand opening?

Kenny Wilkerson: The official grand opening is April 14th on the Saturday. So I was told “We don’t typically do ribbon cutting. We smash guitars.” I said “I wanna smash a guitar.” So we are gonna try and be there. We’re trying to make that happen. It will be the GM, Manager and myself smashing guitars. You know there’s not a lot out there in terms of promotion. So I’m out spreading the word. Other than that, we’ll go from there.

Sleaze Roxx: Kenny, it sounds amazing. Thank you for taking the time to fill me in.